There’s really only one weapon you need to kill everything in Fallout 4… The Fat Man. For those unaware, this gun shoots mini-nukes. It’s awesome. And YouTuber ZaziNombies has recreated the weapon in LEGO form. Look out, Deathclaws. 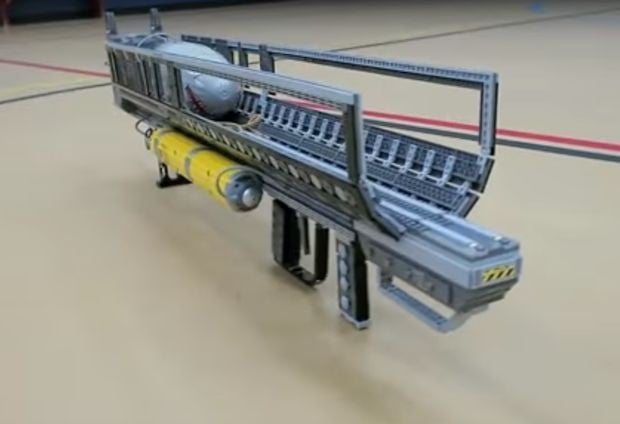 This 1:1 scale replica of the Fat Man from Fallout 4 is built from 2,500 LEGO bricks and measures 4-feet in length. I hope Zazi has some strength perks because it weighs about 10 pounds by itself. The best part is that it can actually fire a mini-nuke. Not a real one of course. Otherwise ZaziNombies would kill us all. For those of you paying attention, the nuke is the Expedition Balloon Zeppelin from set 5956-1.

Awesome job ZaziNombies. Something tells me you would be just fine in the wasteland.