Imgur user waffleguru created this custom ammo box as a gift to her boyfriend for Christmas this year. Obviously he’s a big Fallout fan. The ammo box is loaded with a Fallout-inspired gift set that any fan would love to get. 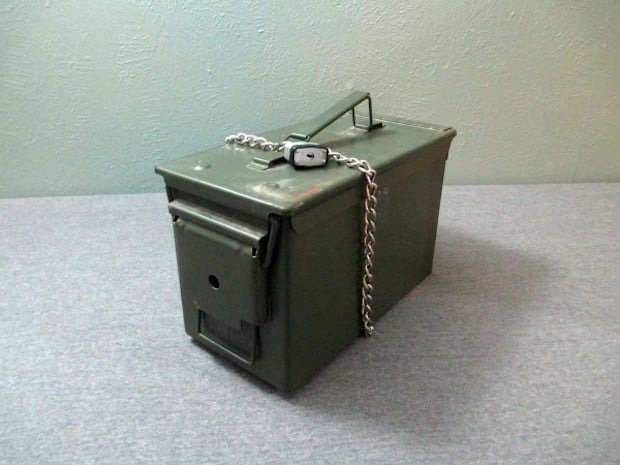 As an extra nice touch, waffleguru locked the box up and presented her boyfriend with a bobby pin to open it up. His lock picking skills were obviously up the the task. Nah. This is the real world. After he failed to pick the lock, she gave him the key and inside there were a bunch of Fallout goodies. 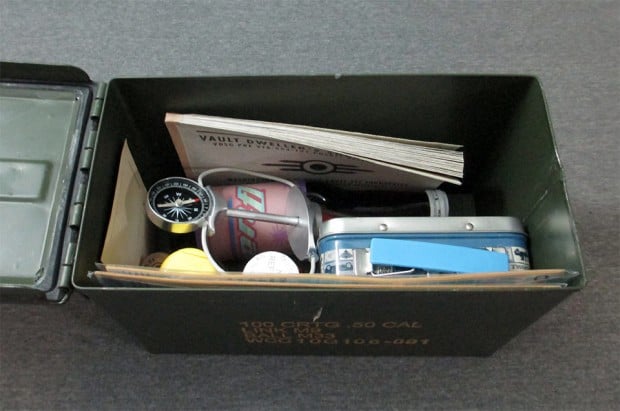 The swag inside included a custom Vault Dweller’s survival guide, a handmade Stimpak packed with red candies, a box of caps, a jar of Rad-X filled with gummy bears, a couple of Grognak the Barbarian comics and some faux-shotgun shells filled with Nerds candy. This girl is a keeper! Awesome gift!