Good Smile Company celebrates the release of Star Wars: The Force Awakens with its first Nendoroid based on the movie. The cute First Order Stormtrooper Nendoroid not only has very detailed armor, but its face has been treated with glossy paint so it’ll shine even in dim light. It also comes with an equally tiny blaster rifle. 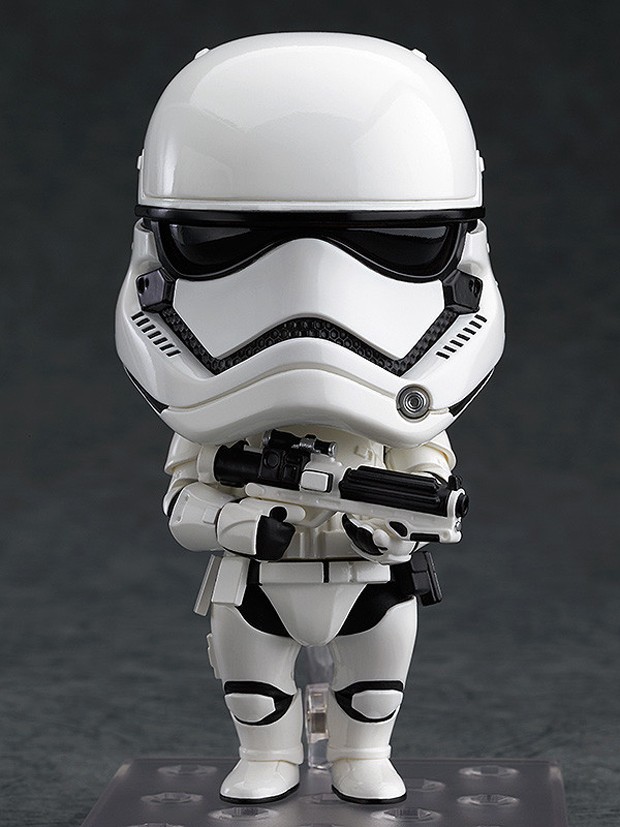 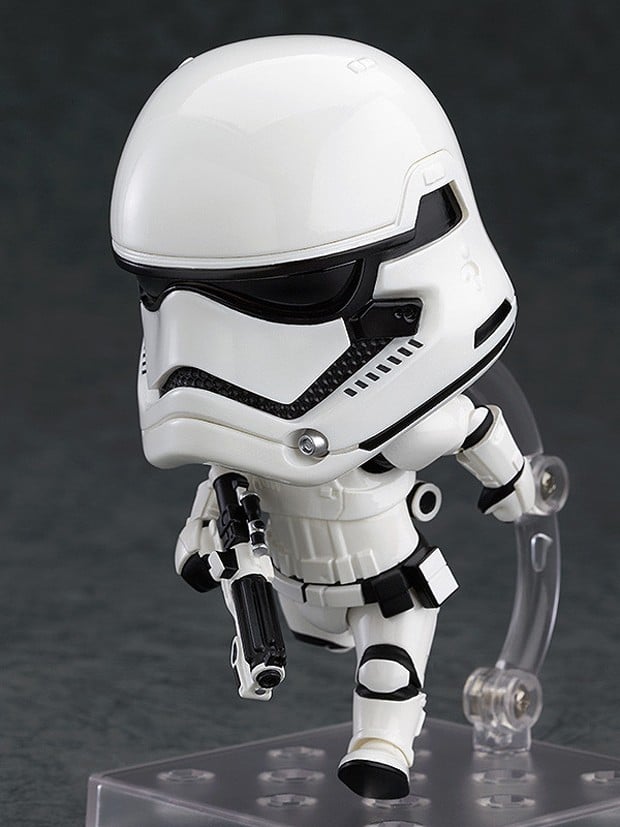 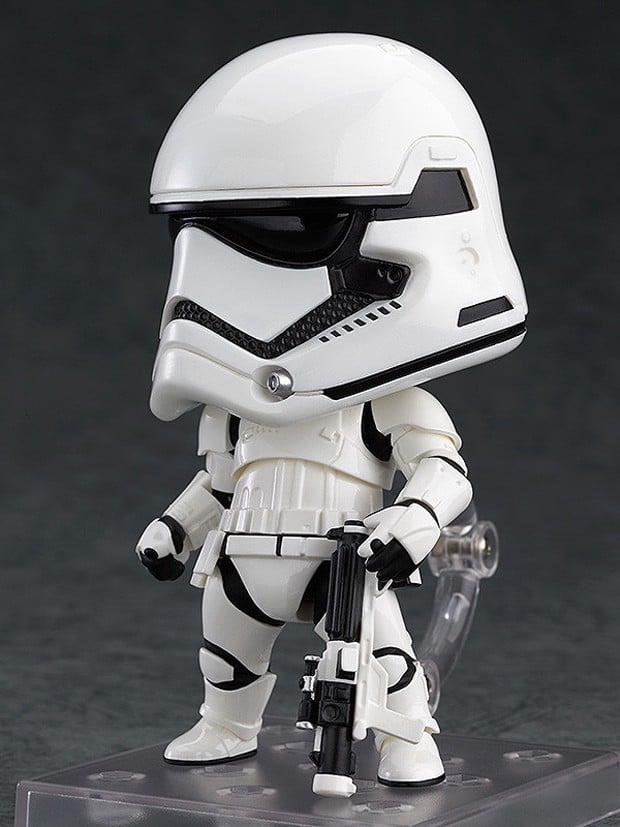 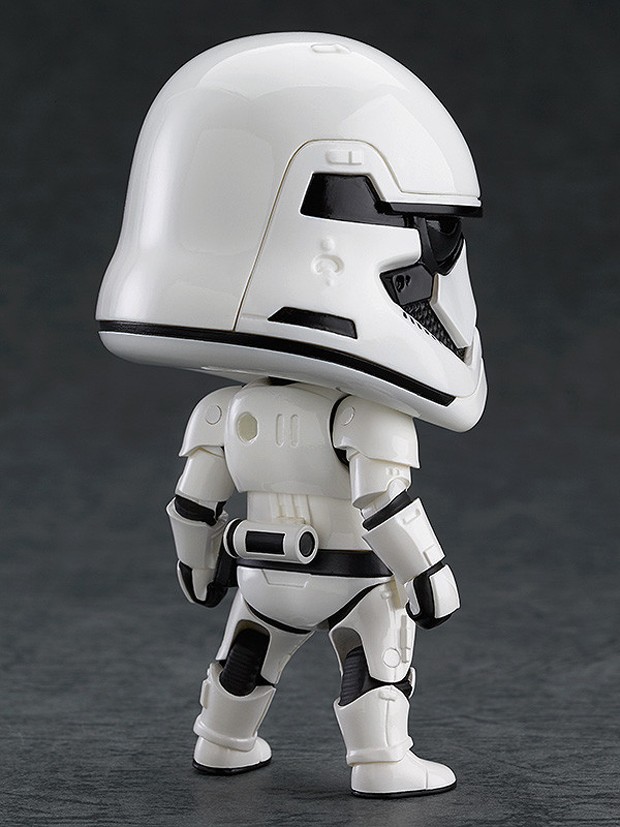 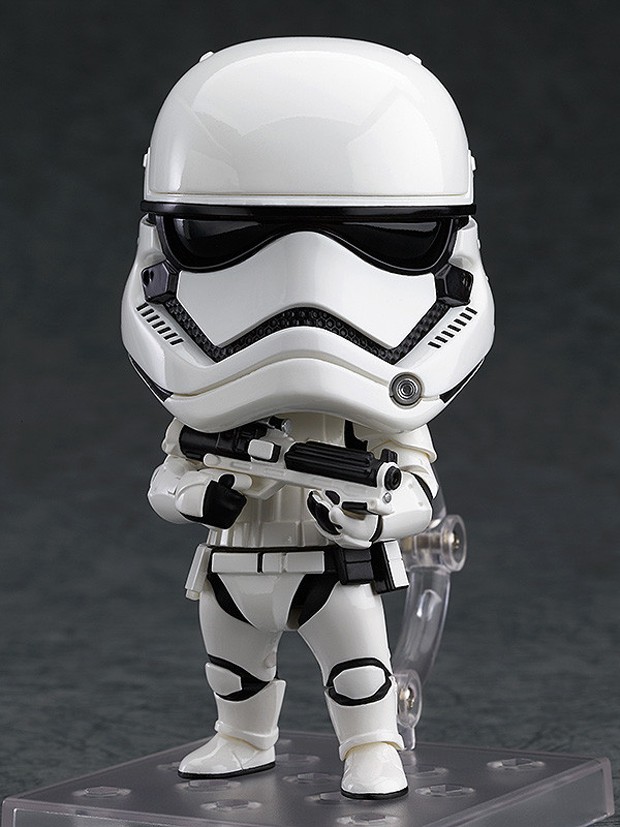 Officially the toy is exclusive to Japan, but as of this writing, you can pre-order one from AmiAmi for ~$27 (USD). Shipping starts 7/2016.