A Slow-Motion Video of a Drone Used as a Blender

Ever wonder why you wouldn’t want to get your finger caught in the blades of a drone? Watch this video and find out. Watching things like fruit, donuts, sausages and other things fall like rain in slow-motion and be chopped up by this drone’s blades is truly hypnotic. 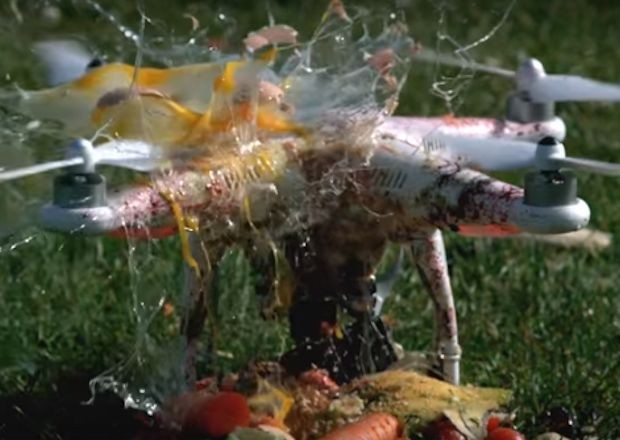 This video from Speed Motion was shot at 1500 fps with a Phantom Miro camera from Vision Research, so that we can see clearly how well a drone running at full throttle can chop your food for you. Everything they throw at it is sliced and diced to perfection.

By the end this drone is just drenched in the guts of it’s many victims. The filmmakers say that, “no drones were harmed in the making of this video,” but if you watch all the way to the end, you’ll be pretty convinced that’s a lie.

[via Peta Pixel  via Laughing Squid]