DIY Hearthstone Warrior Wallet: My Thanks

One of Hearthstone‘s tried and tested decks is the control Warrior, also nicknamed “wallet Warrior” because it requires many rare cards. Redditor cube_man99 made a visual pun as a gift for a friend who loves playing with the deck. 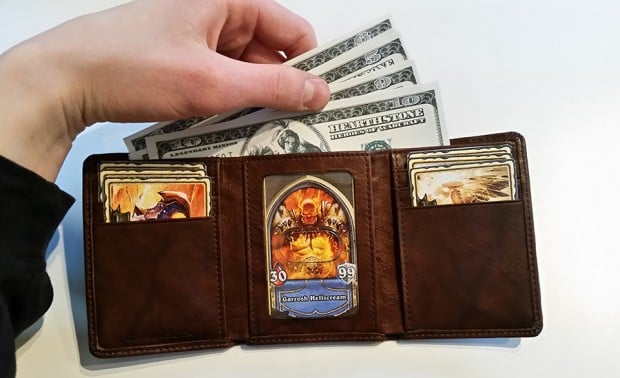 Instead of photos or credit cards, the wallet carries a print of Garrosh’s hero portrait – golden, of course – plus the card art of six control warrior spells and weapons. And instead of money it has Hearthstone mana bills. Each bill is based on a legendary minion that’s often used in control Warrior, such as Grommash, Alexstrasza and Sylvanas. 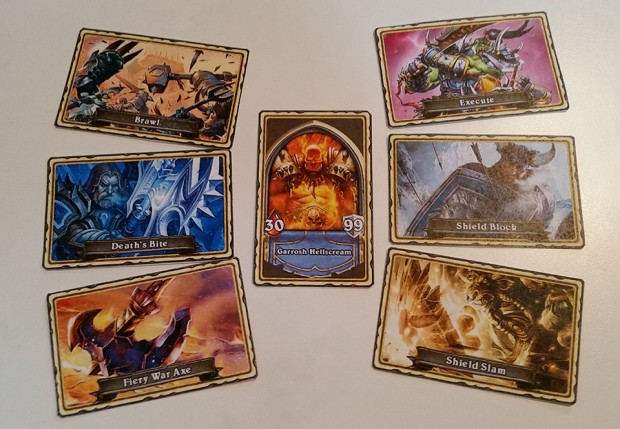 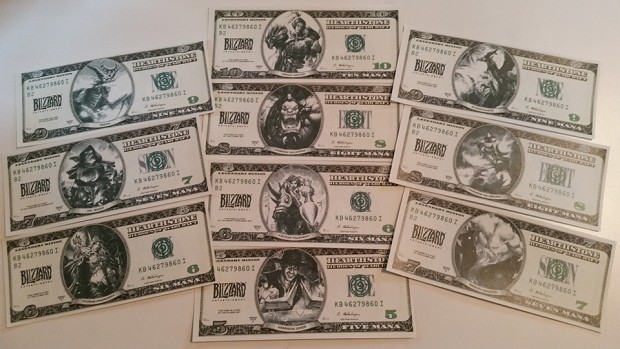 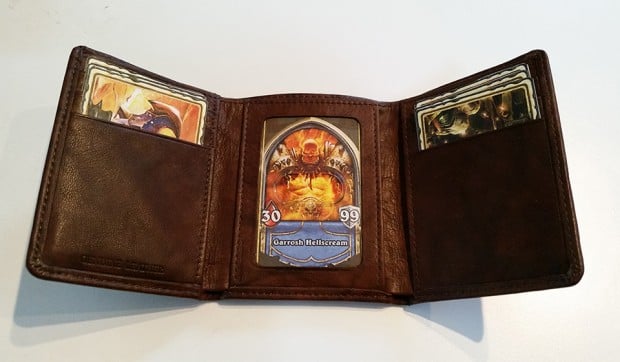 It’s a simple gift, but I’m sure it helped cube_man99’s friend have a happy Feast of Winterveil. Head to cube_man99’s Imgur gallery for a couple more shots of the wallet. You can also view a close up of the bills here. Both galleries contain high res images, so you may not want to view it on a mobile device.