Jordan Wills aka njneer is an engineer at Silicon Labs. He recently helped make his company’s Christmas ornament giveaways, which were made of circuit boards. Jordan couldn’t help but notice that the bare boards look a lot like a Question Block. That gave him an idea for his own Christmas ornament. 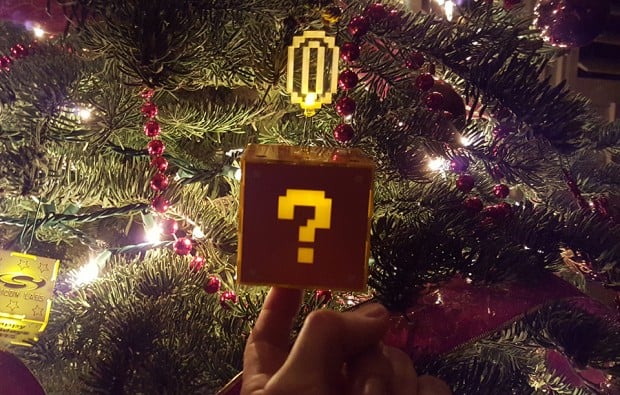 Jordan used one of his company’s microcontrollers to make the ornament. The cube has a capacitive touch pad at the bottom as well as five LEDs: four inside the cube and one on the acrylic coin that’s on top of the cube. 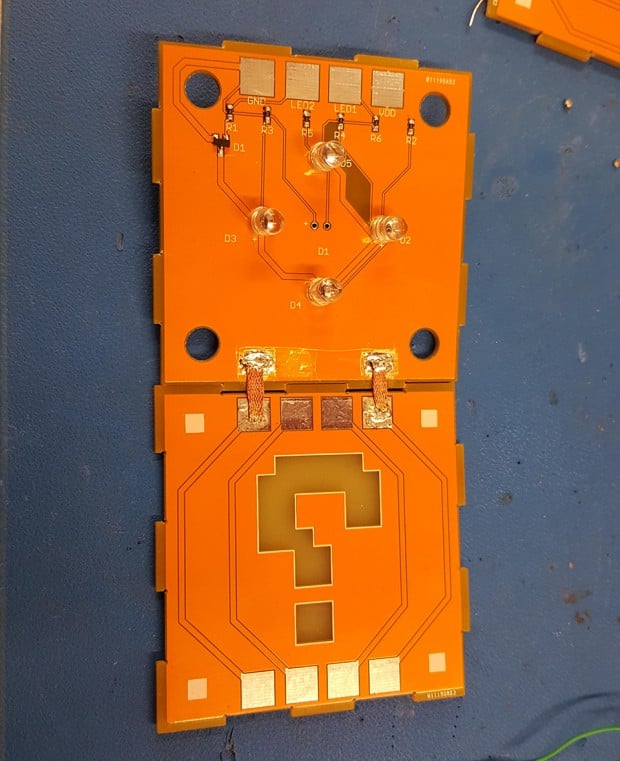 He designed the block’s side panels such that each of them has a question mark-shaped area that has only FR-4, the insulating material used in circuit boards. The lights from the LEDs shine through the question marks. He added an EEPROM to the microcontroller to store a couple of sound effects. Here’s the end result:

Jump to Jordan’s website for more on the project.