Kay Pike is a costume designer and model. But recently she’s been taking up body painting, using it to turn herself into various geeky characters. So far she’s painted herself as Rescue, Cheetara, Thanos, a Titan from Attack on Titan and my favorite, Captain Marvel. 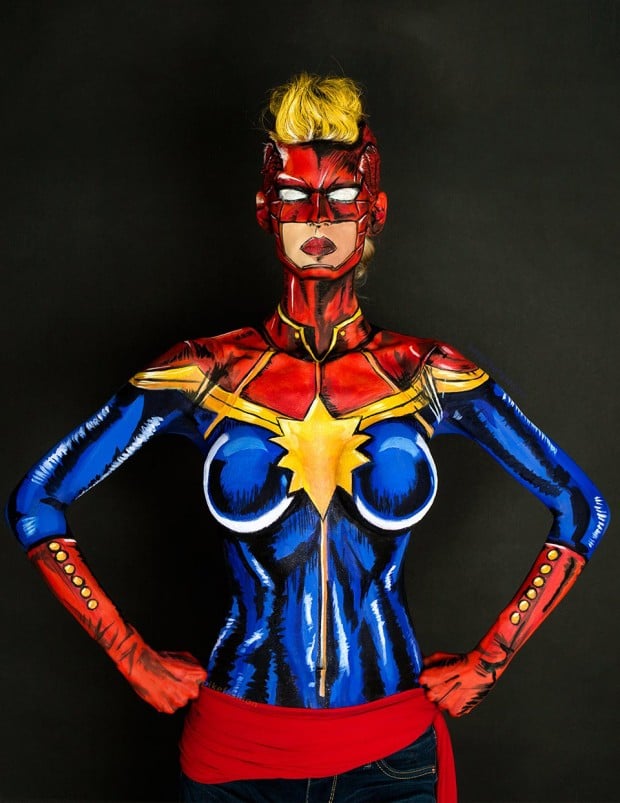 I initially thought that Kay’s costumes only look good in photos, like the Silver Surfer body paint model. But her Patreon video proved me wrong:

KayPike Fashion December Bodypaints, also on PatreonCheck it out, it is all my paints so far in one video! All I want for Christmas is to be able to continue painting, So I started a Patreon!  https://www.patreon.com/KayPikeFashionplease share or join my twitch stream and hang out later ^^ http://www.twitch.tv/kaypikefashion

Check out Kay’s Facebook and Instagram page for her other works. She also livestreams her transformations on Twitch.