LEGO enthusiast Marshal Banana is a huge fan of Han Solo’s spaceship. So much so that he spent the past year planning, gathering pieces for and building this large and accurate model of the Millennium Falcon based on its appearance in Star Wars: The Force Awakens. 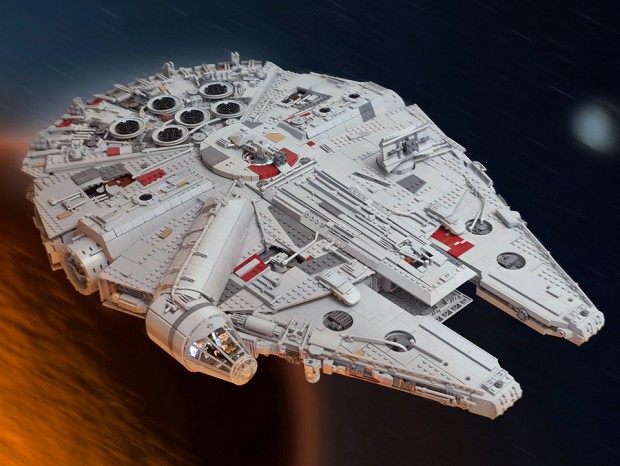 Marshal’s model is made from about 7,500 LEGO pieces. It weighs about 22 lb. and measures around 32″x 21″x 7″. He didn’t bother recreating all of the ship’s interior because he wanted display it in a flying position, which meant it needed to be as light as possible. That said, he was able to add the cockpit, the gunner’s platform, a functioning ramp and lights for the engines. 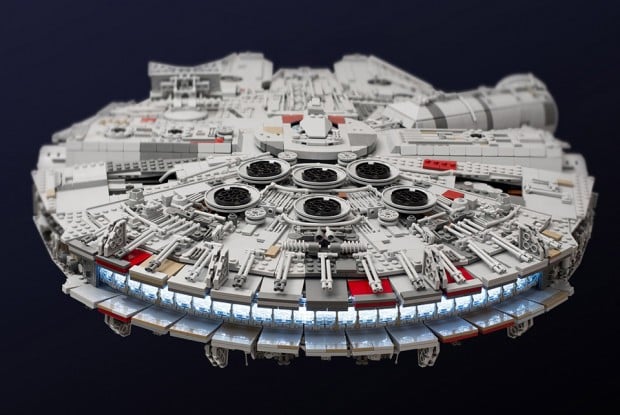 As The Brothers Brick notes, this model not only has 50% more parts than the $6,000 (USD) LEGO UCS Millennium Falcon, it’s significantly more polished and detailed too. View more pics of this awesome build over on Flickr. 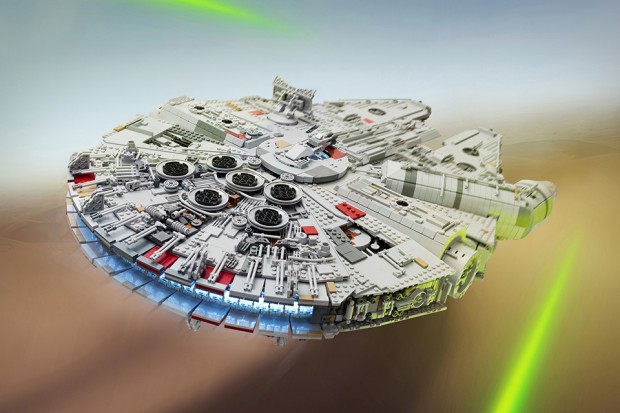