For several years now, the Sony DSC-RX100 digital camera has been lauded as the king of point-and-shoots, packing near-DSLR quality photography into a camera that can fit into your pocket. Over the years, Sony has revised the camera several times, and we’re now on the 4th generation of the diminutive, but powerful shooter, the RX100 Mark IV. 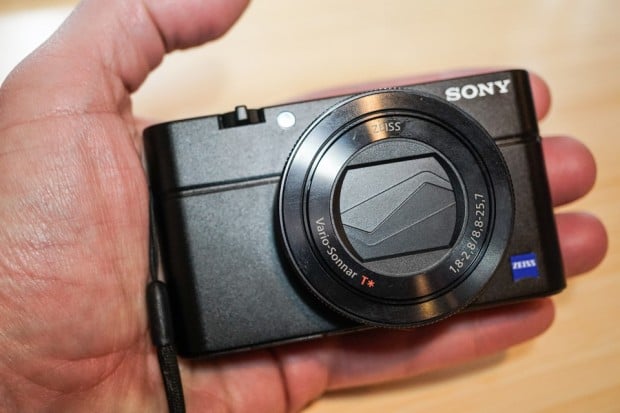 I’ll start out with what’s new in the IV compared to the III. Many of the features are focused on video, with the new model offering full 4k 30fps shooting, as well as the ability to shoot super slow-motion video at up to 960 fps. Its also much faster, offering an insanely fast 1/32000 second maximum shutter speed, and the ability to shoot JPEG stills at up to 16fps, a 60% improvement over the prior gen. Breakthroughs in technology allowed Sony to stack the CMOS sensor, its signal processing and DRAM together in order to speed things up dramatically. That said, the RX100 IV costs a whopping $949.99 – a $150 increase over the RX100 III’s original price. 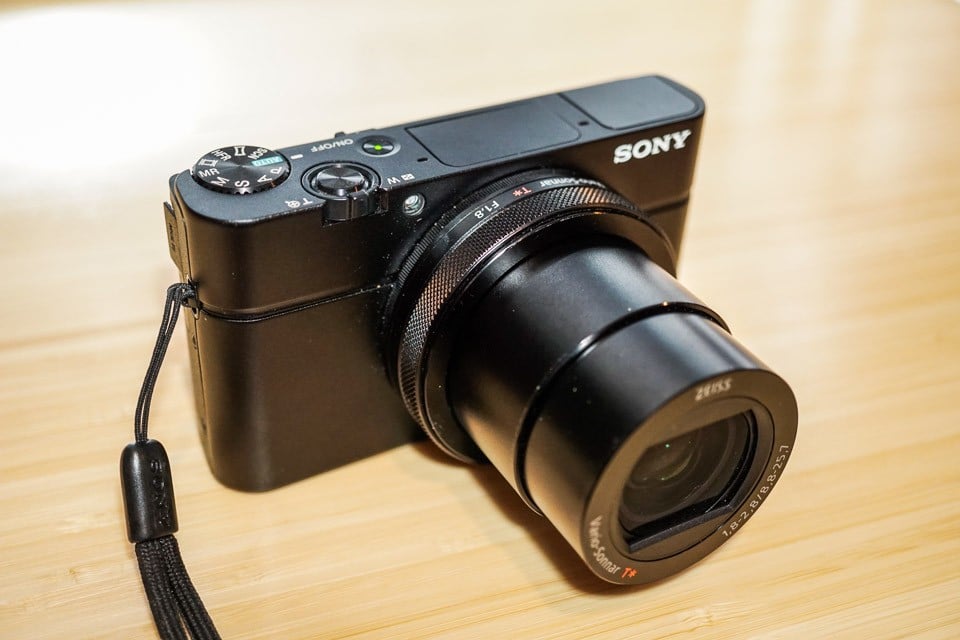 Image resolution for the RX100 IV holds at 20.1 effective megapixels, combined with a Zeiss Vario-Sonnar zoom lens to produce razor sharp images. One thing to keep in mind is that part of how the RX100 series keeps so small is that its lenses aren’t interchangeable, so if you need a focal length outside of the 24mm to 70mm range, you’ll need to look elsewhere. That said, the lens is quite versatile – offering excellent wide angle coverage, and is perfect for portraits, product shots, and nature photography.

Optical zoom is limited to 2.9x, but the impressive “Clear Zoom” digital mode allows for zooms up to 5.8x without much degradation in quality. The full digital zoom goes to 11x, but you’ll get quite a bit of noise at that resolution.

Note: For all image samples, click to view the original, full-resolution JPEG image, taken directly from the camera. 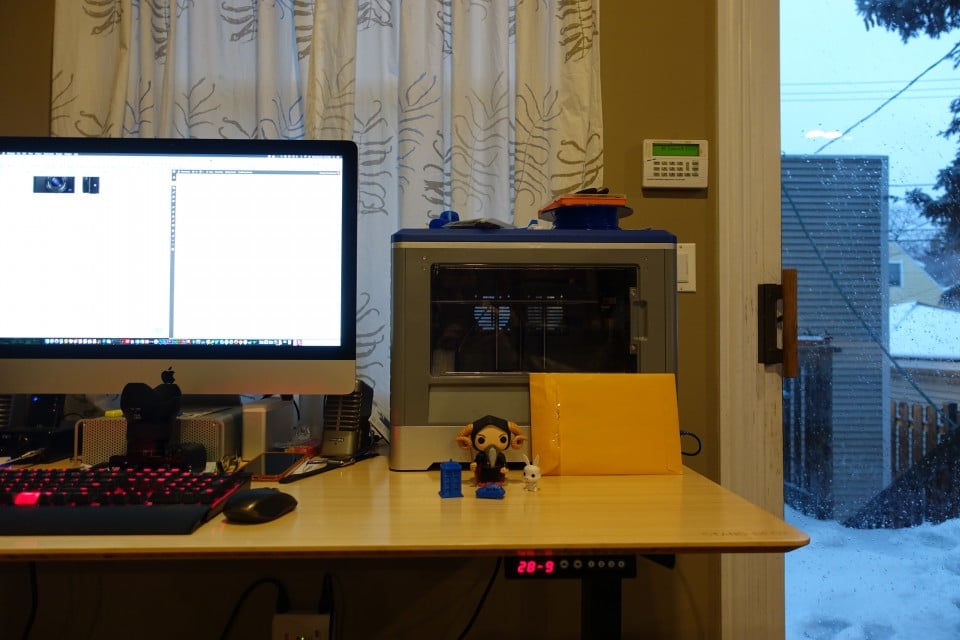 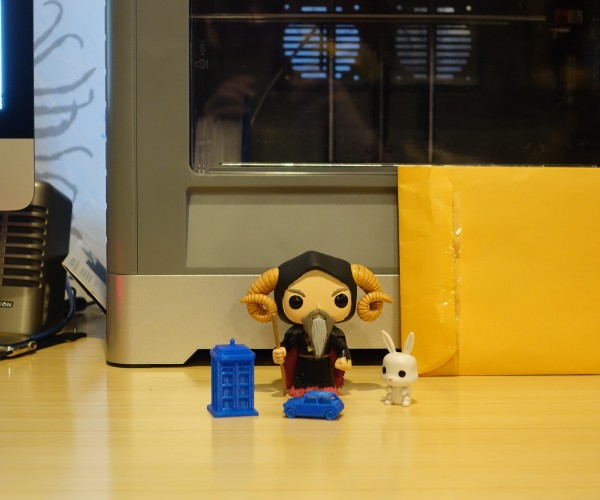 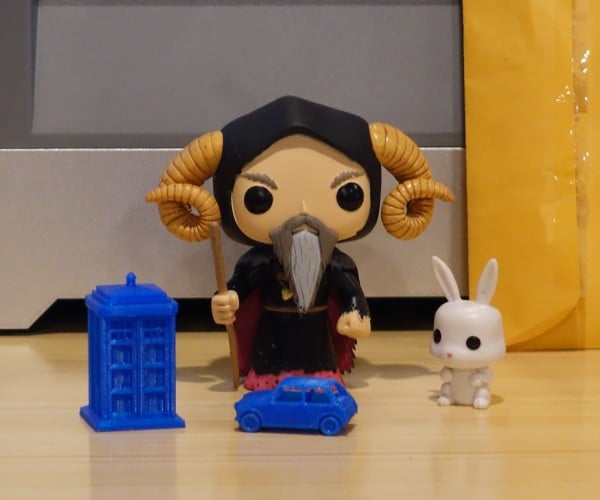 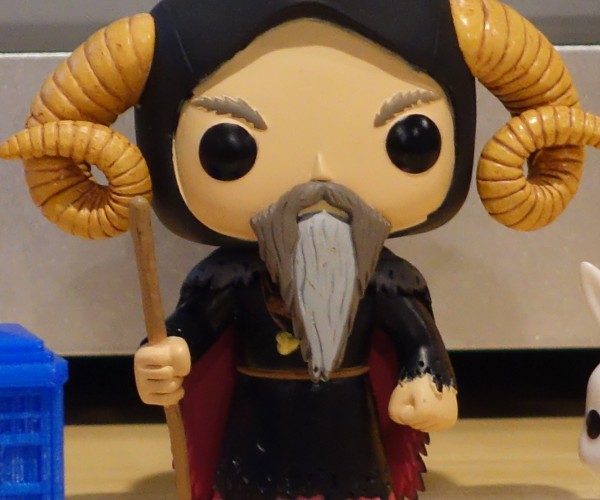 Overall, working with the RX100 IV is a pleasure. It shoots excellent images in Auto mode, though it does offer full manual controls as well. Sharpness is excellent in the default 24mm f1.8 mode, as can be seen in the dog hairs in the example below. There’s also a nice amount of depth of field effect providing a nice pop of subjects from their backgrounds. 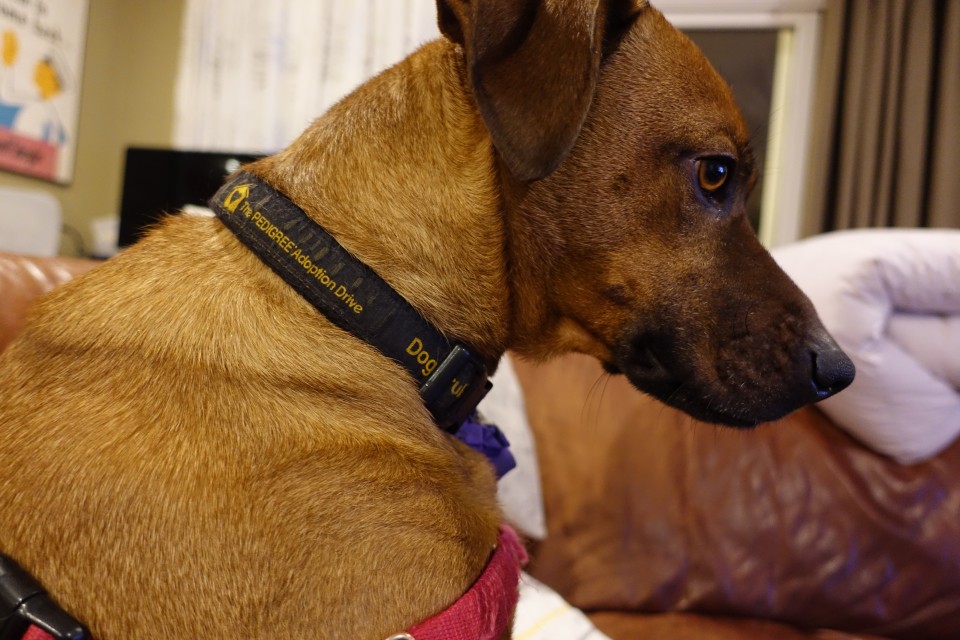 Color reproduction is excellent, even in fairly low light situations, and noise doesn’t start appearing until you’re shooting in near total darkness. 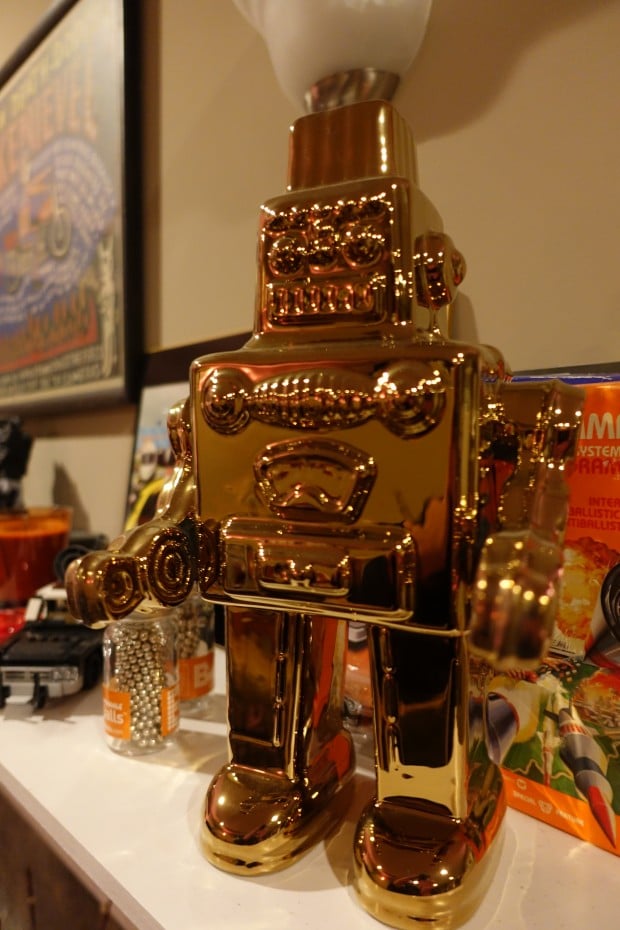 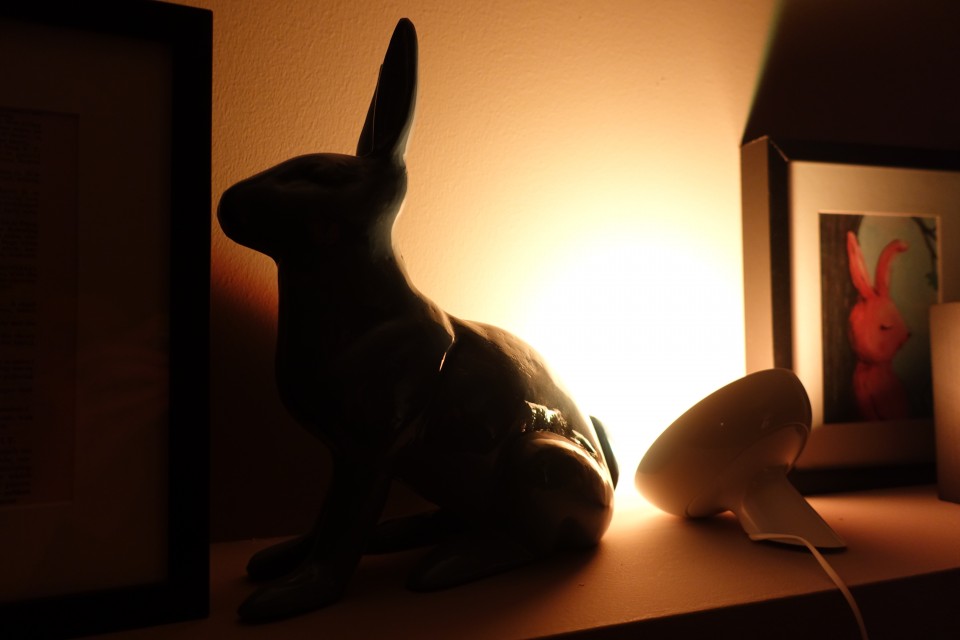 Macro images captures a great deal of detail, and combined with the aforementioned depth-of-field effect, they’re very pleasing to the eye. 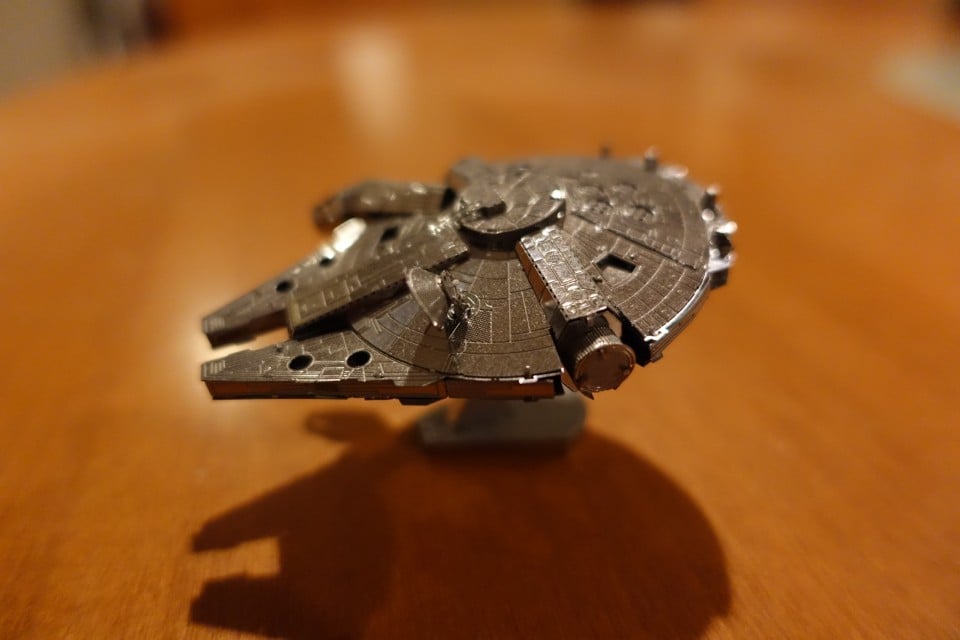 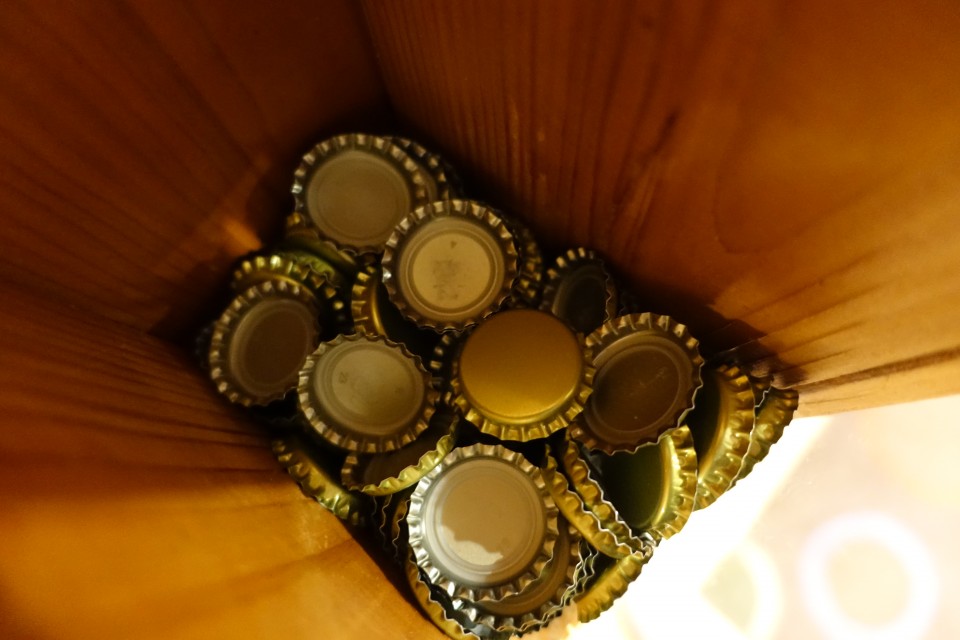 I generally like shooting with available light, and the RX100 IV shines in both indoor and outdoor lighting conditions, without the addition of flash or supplemental lighting. 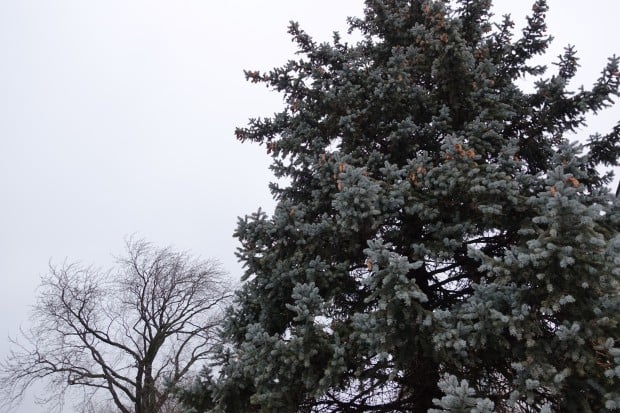 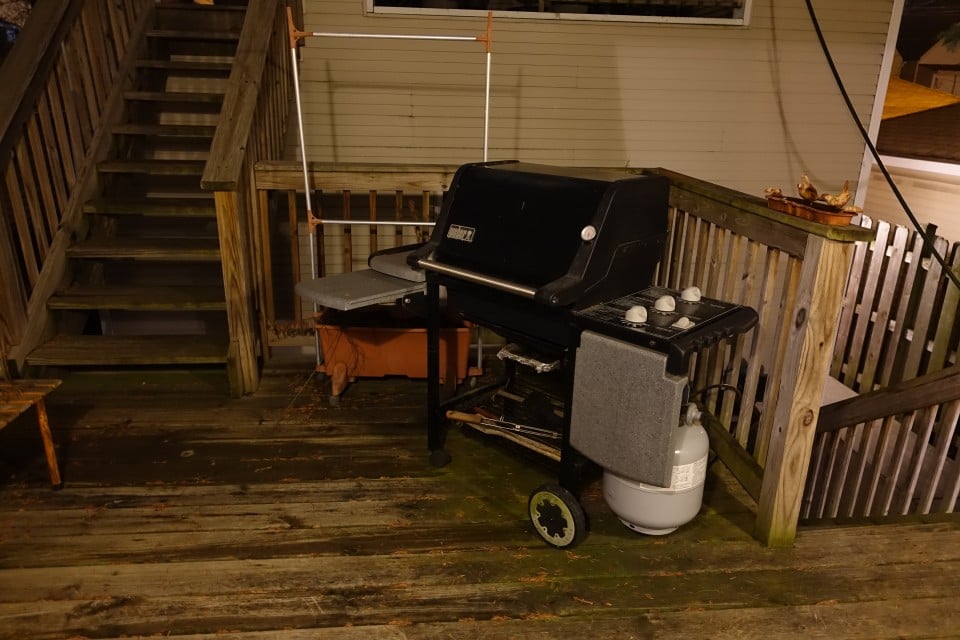 Despite its size, the camera packs in some great features, including a super sharp 2.95″ live view display, a hi-res optical viewfinder that stows when not in use, a built in flash, and on-screen level, histogram, and zebra stripe peaking features. When flipped forward, the display turns upside-down and can automatically set the camera into self-timer mode for easy self-portraits. There’s no hot shoe or external microphone jack, though. 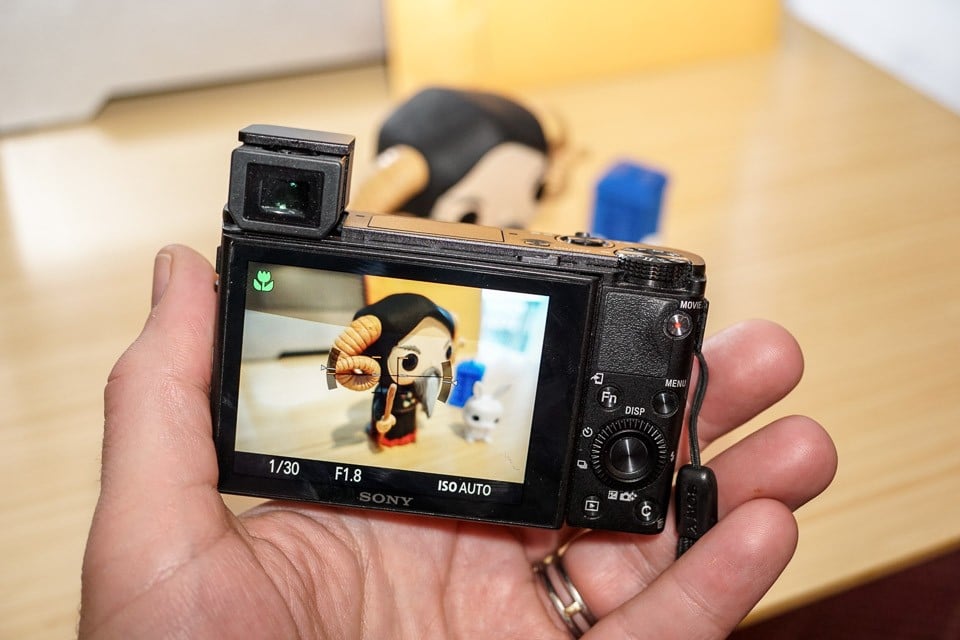 Camera controls will be instantly familiar to anyone who’s used other cameras in the Sony Digital Imaging lineup. The only meaningful difference is the lack of a user-customizable wheel like you get on their larger cameras. That said, I love how the focus ring doubles as a manual setting knob when not in manual focus mode, providing quick access to things like aperture and shutter speed adjustments. 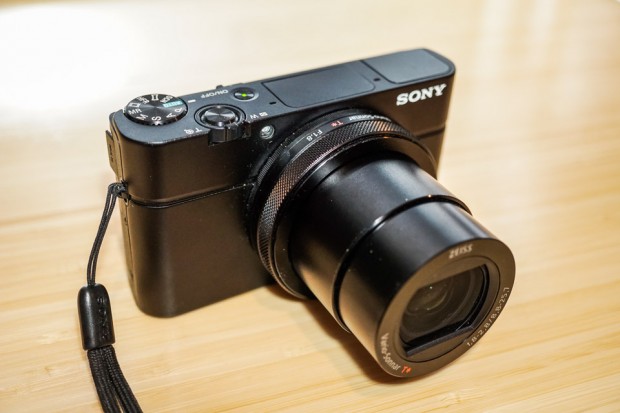 Beyond standard shooting, the RX100 IV packs numerous in-camera effect modes, most of which I’d rather apply in post production, though the selective color mode is kind of cool, removing color from all objects other than those in either red, green, or blue. 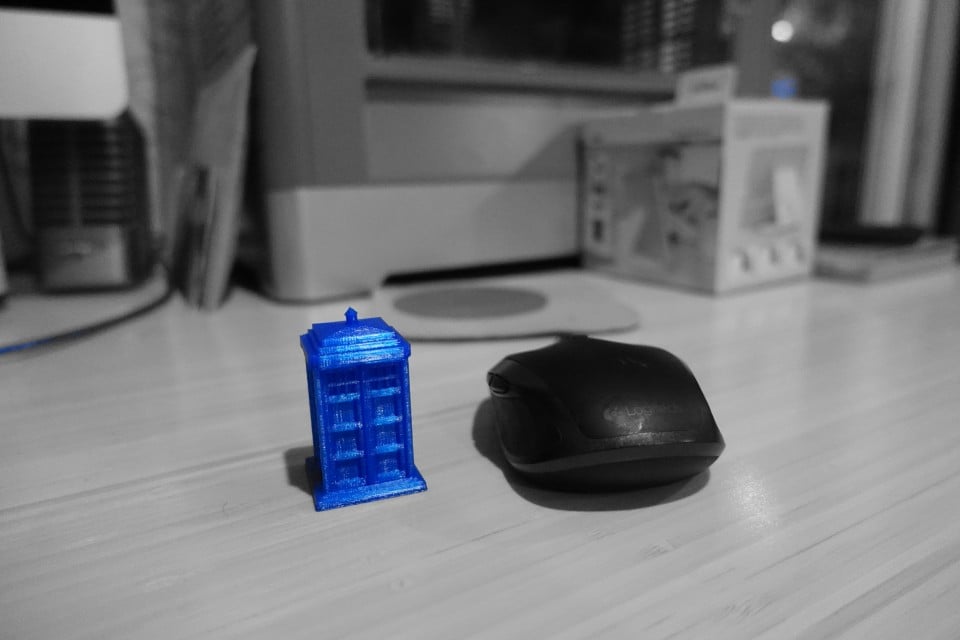 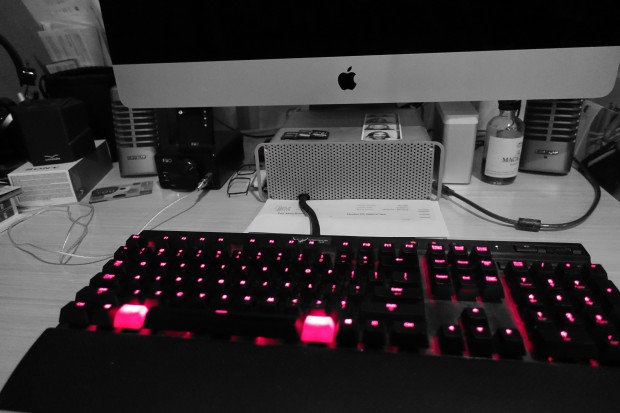 4K video quality is very good, reproducing detail well, and working surprisingly well in low light conditions too. There is one annoying limitation though – you can only shoot up to five minutes at a time at 4K resolution.

The slow-motion video feature still strikes me as a bit of a gimmick, in that the image resolution degrades substantially as you increase frame rate to 240, 480 or 960 fps, and you can only record 2 to 4 seconds of source material in the High Frame Rate mode. The chart below shows the resolutions you can expect in the various slow-mo modes:

You’ll definitely need good lighting for slow-mo shots too. This 960fps indoor shot was captured with a bright LED fixture, and it’s quite noisy:

The 240fps sample fares much better:

On the other hand, the super high-speed shutter allows for amazing shots of frozen movement. The floating wire sphere in the shot below was tossed into the air and captured in motion at 1/32000 second shutter speed under LED illumination. Daylight motion shots look great too. 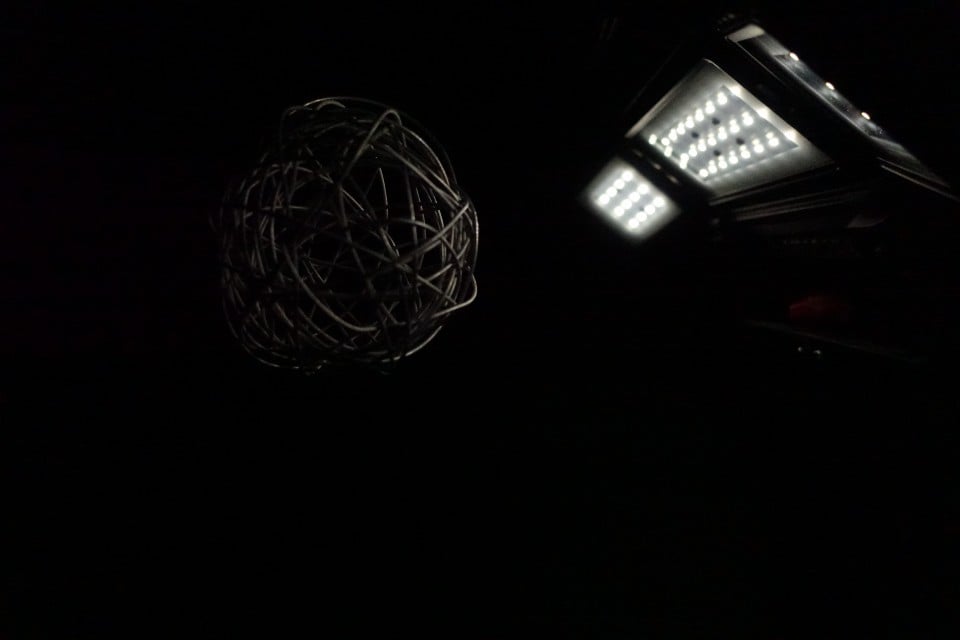 While overall image detail and low-light handling from the DSC-RX100 IV isn’t quite as good as DSLRs or even Sony’s own compact mirrorless cameras, it does pack a ton of capability into a camera you can fit in your pocket, and is the best point-and-shoot money can buy. It’s got a wicked-fast shutter for capturing motion, its 4K video quality is very good, and if you have a use case for super slow-motion video, that’s another advantage. Of course, the number one reason to go with the RX100 is that it fits in your pocket. If you don’t need interchangeable lenses, and are looking for a pro-grade camera you can travel with every day, the RX100 IV is worth its weight in gold. 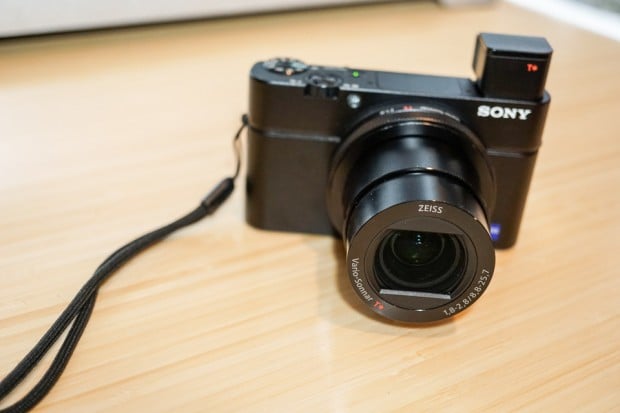