Disney made a robot and it is not named BB-8. Check out this video demonstration of the VertiGO wall-climbing robot car. It was designed by Disney Research and the Swiss Federal Institute of Technology in Zurich. It zips around like a little car, but can also climb walls using the two propellers on its back that provide thrust that keeps it pressed against the wall’s surface. Even cooler, it can transition from ground to wall without intervention. 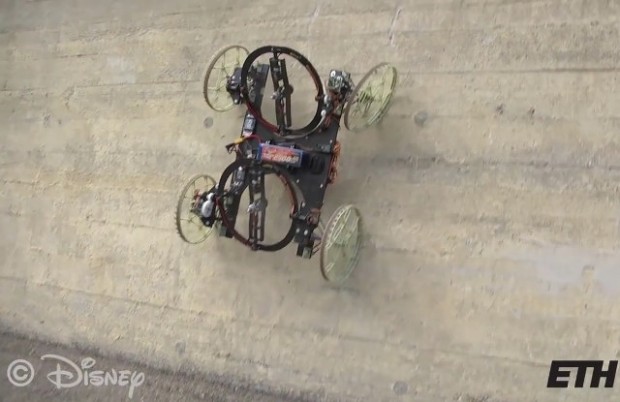 Pretty cool. If they are smart, they will make a consumer toy version and make millions of bucks. Put a camera on it and you have a robot that can climb buildings and spy on people. Not that I would do that. I use drones for that.