Mike Tyson Busts His Ass on a Hoverboard

“Hoverboards” are complete bullsh•t. They don’t hover at all, so stop lying to us and just call it an ass-busting sideways electric skateboard. That is a much more accurate name. 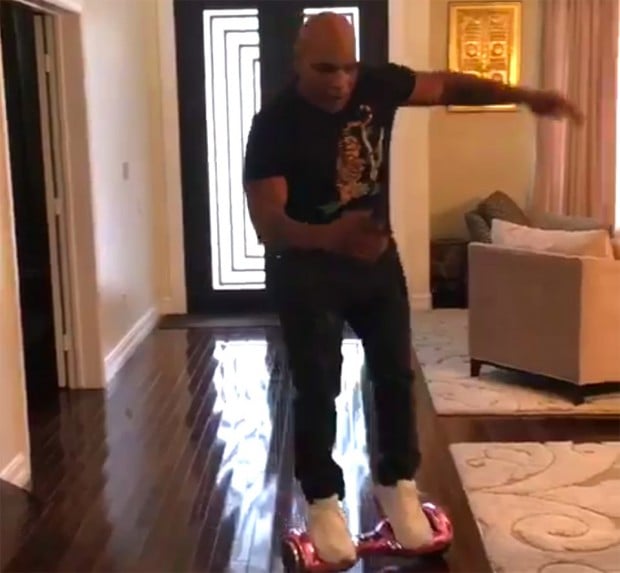 So far as I can tell everyone who steps on one of these ends up on their ass. After you ride it, the thing also bursts into flames simply so it can die undefeated in the hoverboard “you can’t ride me without fracturing your coccyx” contest. Here is a short video of Mike Tyson riding a hoverboard that still makes me laugh after watching it for 30-minutes straight.

Seemed like a good idea to ride my daughter #milantyson #cyboard #hoverboard but guess not… pic.twitter.com/Cjn4s22E5l

Yes he busts his ass. No you won’t want to mention it if you run into him on the street. He could miss you by a foot and the force of the wind from his fist passing by would knock your head off. I bet Mike came up swinging and bit the right wheel off that thing for revenge.