It’s getting harder and harder to pick an android out of the crowd. Look at the image here. That’s a pretty lifelike android. It’s name is Nadine and it is the creation of Singapore’s Nanyang Technological University in Singapore, which specializes in robotics and their social interactions with humans. Nadine is one of the latest versions of realistic androids. 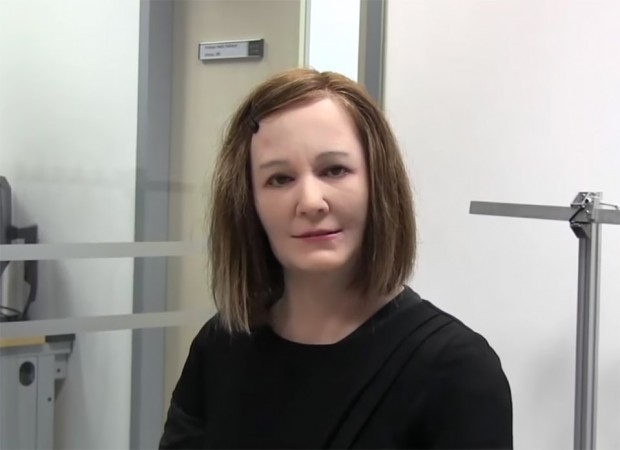 That realism takes a nosedive into the uncanny valley the second it opens it’s mouth. The mouth movements are not quite right and her motions are jerky, and she speaks like Siri.

Nadine’s looks are based on the scientist in the video. She can express some emotion and interacts really well with her human doppelgänger. Her responses are interesting, and almost fool you into thinking there’s some spark of consciousness there.

This android will serve as a receptionist for the university. Remind me never to visit that place. Seeing this android once was enough.

[via Quartz via Geek Tyrant]