Blind Gamer Beats The Legend of Zelda: Ocarina of Time

YouTuber Terry Garrett aka Mega Tgarrett has achieved what I would have thought was impossible. He beat The Legend of Zelda: Ocarina of Time, even though he’s blind. It took him a very long time and he had the help of game saves, but still. He went through the Water Temple, guys. 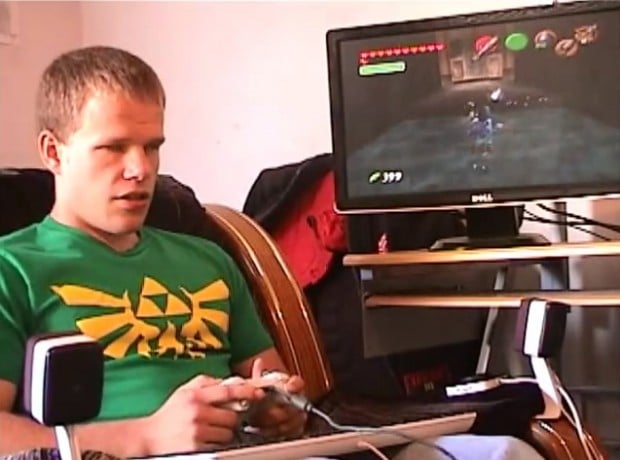 Terry played the game on PC using a Nintendo 64 emulator. This let him save and reload at any point, which meant he could master the game in tiny chunks. He also kept his speakers close to him while he played. While Navi may have been annoying to many of you, she’s been a big help to Terry. Watch him explain his setup below:

Terry started playing the game in 2011 and finally finished it this year, though obviously he took a lot of breaks in between. Here’s his ultimate playthrough – escaping from Ganon’s crumbling tower and then fighting the King of Evil one last time.

Honestly I’m still shocked that he was able to pull it off, and all I can say is congratulations to Terry. I hope he gets to enjoy more video games.