Kylo Ren’s unusual lightsaber is so popular, we saw fan-made replicas of the weapon more than a year before Star Wars: The Force Awakens came out. Now that the movie has been released and more reference materials have surfaced we’ll see more accurate third-party replicas, such as this hilt from Etsy store Steam Sailor. 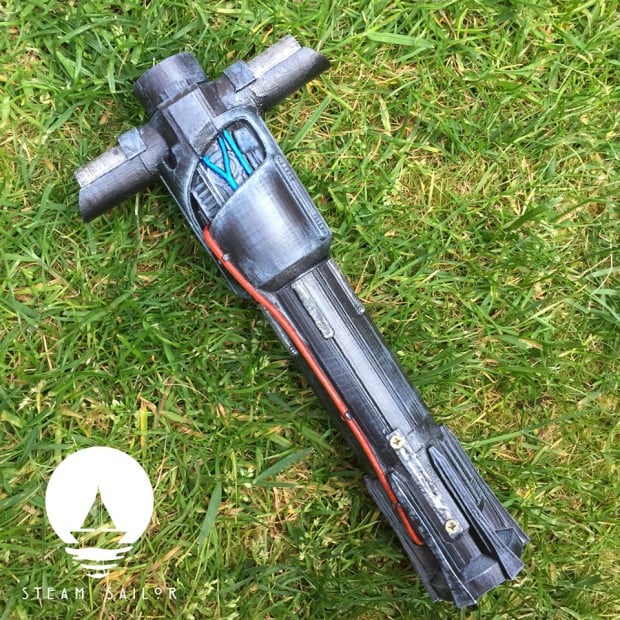 Steam Sailor proprietor Michael Tinson 3D prints and hand-paints each hilt. He says the latter alone takes him up to 5 hours, and apparently it’s a huge hit, so your order may take a while. Michael sells a ready-to-assemble kit for about $46 (USD) and a fully assembled hilt for around $83. He also has the lightsaber’s end cap, as well as a compatible belt clip and a replica of Kylo Ren’s belt buckle.