In the late 17th century, Sir Isaac Newton used prisms to show that visible light is made up of seven different-colored bands, repurposing the Latin word “spectrum” to group those colors. In 1973, Storm Thorgerson and Hipgnosis appropriated the prism and the spectrum for Pink Floyd’s album The Dark Side of the Moon. That artwork proved to be so popular even people who have never listened and will never listen to Pink Floyd can’t help but blurt out “Dark Side of the Moon anyone?” when they see a prism and the visible spectrum. But LEGO Ideas member grobie87 doesn’t care about any of that. He made this set because he loves that the phenomenon is a fusion of science and art. 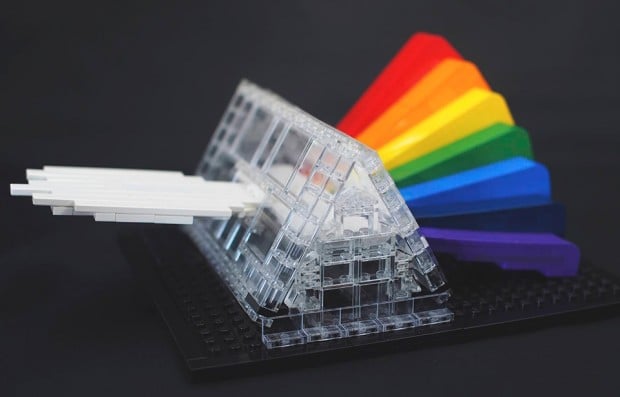 Grobie87 says he found both the spectrum and the prism challenging to recreate with LEGO. For the spectrum, he ended up going with thick bars for the seven colors. When viewed from the front, they look like they’re fanning out, but they’re actually mounted on top of each other. For the prism, he chose to make the left and right sides snap-on pieces on hinges, instead of having them snap to each other and to the prism’s faces. 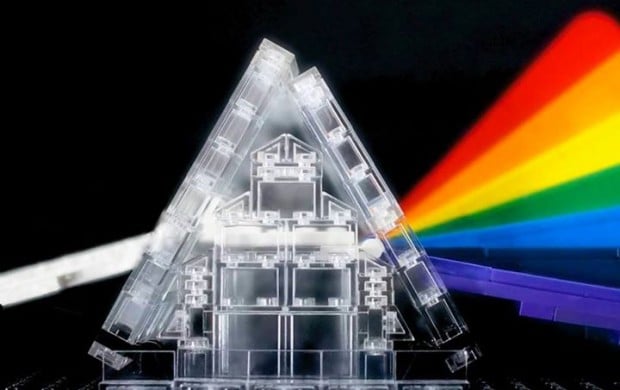 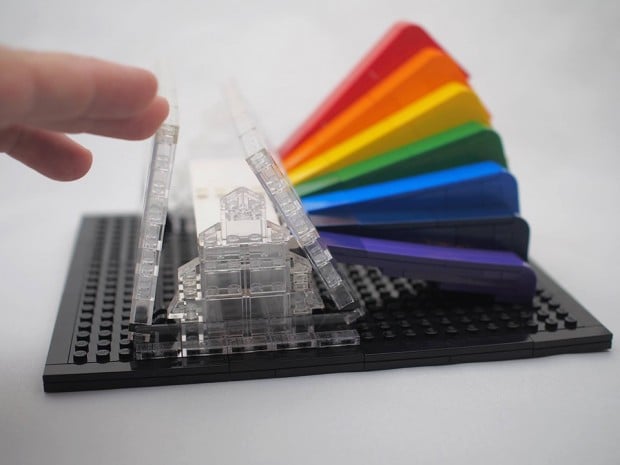 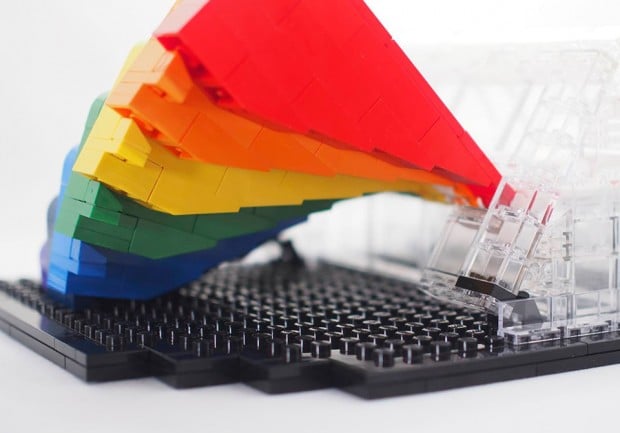 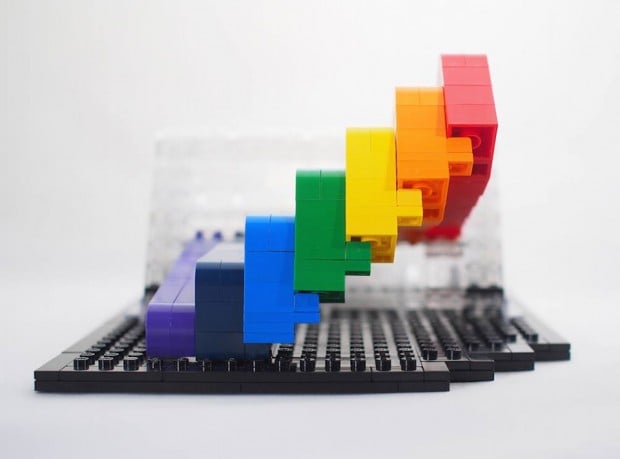 Grobie87 also came up with a minifig called Roy G. Biv to accompany the set. 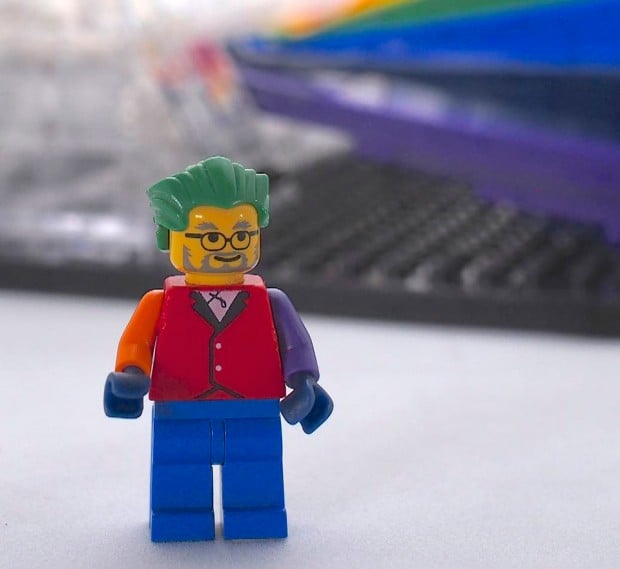 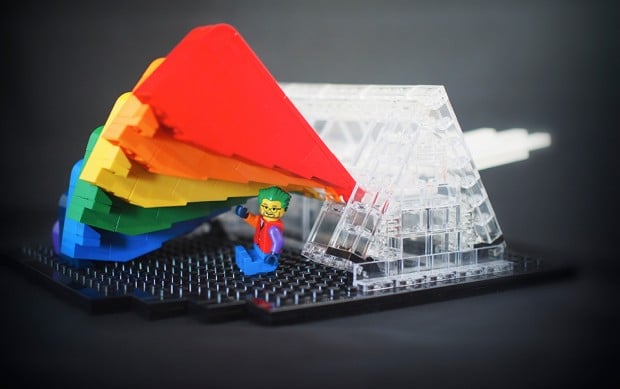 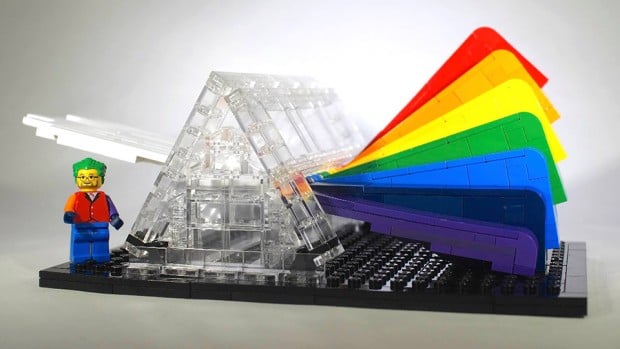 Despite appealing to physics and science nuts, LEGO enthusiasts, prog rock nerds and the Church of the Dark Side of the Moon Anyone Sayers, it’s amazing that as of this writing, grobie87’s proposal hasn’t garnered even a tenth of the required 10,000 votes for it to have a chance at becoming an official LEGO set. Let’s change that, shall we? Yes, we’ll say it. All together now: “Dark Side of the Moon anyone?”