While Amazon is figuring out how to airdrop Three Wolf Moon t-shirts, Chinese drone maker Ehang has its sights on a much bigger goal: delivering people. Behold: the Ehang 184, a “low-altitude aerial autonomous vehicle.” 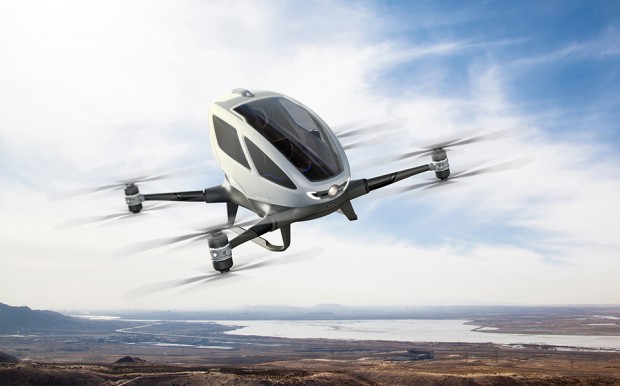 Ehang’s CEO Huazhi Hu was motivated to develop a passenger drone after two of his friends passed away in separate aircraft crashes. The 184 is the result of the company’s more than four years of research and development. 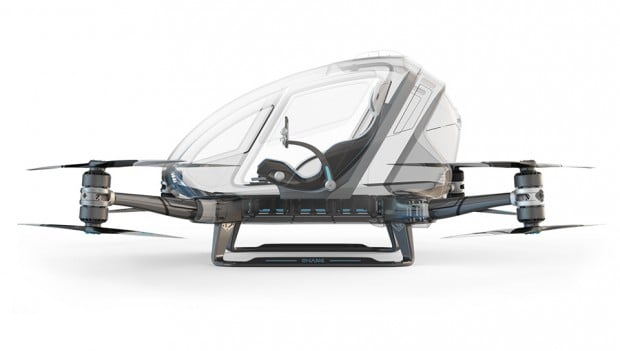 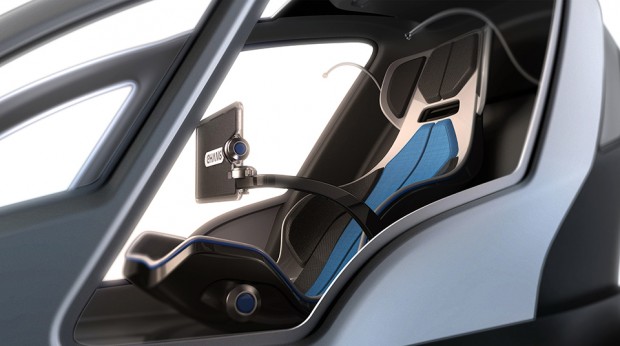 The octocopter is mainly made of carbon fiber and aluminum alloy. It weighs 440lb., has a maximum capacity of 220lb. and uses eight 106kW motors to fly. 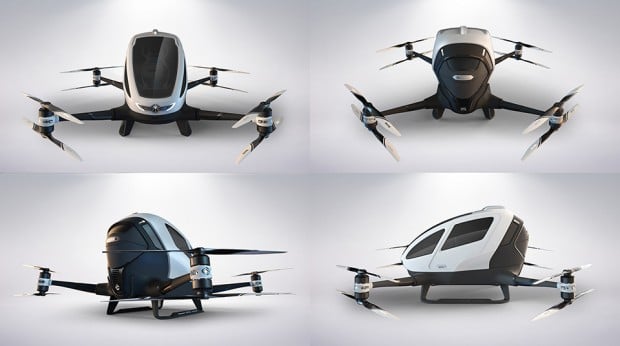 The 184 has a maximum speed of about 60mph, a flight time of up to 23 minutes, and controls that are very similar to its tinier counterparts. Inside it is a touchscreen controller that lets the passenger do only three things: set a flight path, take off and land. Ehang thinks there should be remote control centers that can take over the 184 and land it safely if things go awry.

While the demo video is a bit sketchy – note the cut between the passenger going in and the 184 flying – Ehang claims it has successfully flown the octocopter over 100 times at low altitude, including several runs with a passenger inside. In fact, Ehang hopes to start selling the 184 this year for $200,000 to $300,000 (USD). But it’s also aware that the 184 might be grounded by regulations or lack thereof (assuming it actually works to begin with). So we went from not having hoverboards to potentially having flying robo-taxis? That escalated quickly.