Praying Mantis Gets 3D Glasses in Coolest Scientific Test Ever

I like to imagine that the scientists who come up with experiments sit around and think of the most awesome things they can do, even if they have little real world value. I bet there were back claps all around when one of them said, “Let’s put 3D glasses on a praying mantis!” These are easily the coolest bugs in the bug world, so why not? 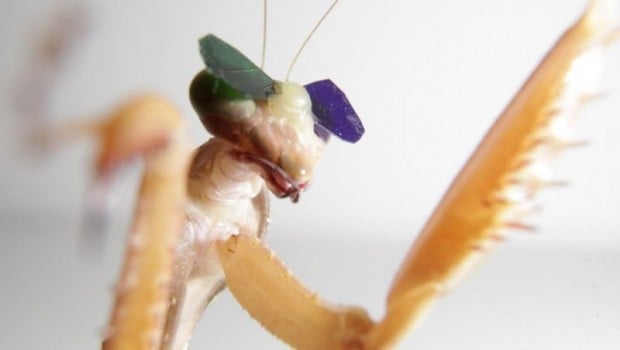 Since mantises apparently can’t see red light, the scientists from Newcastle University opted for blue and green lenses (made from beeswax) rather than the blue and red lenses humans need. They then put a dark prey-like image on a light background and fooled the mantis into striking at the prey image even though it was well out of striking range.

The reason the bug struck at the image is because it was seeing it in 3D as a human would floating a bit in front of its eyes. Supposedly, the purpose for experiment was to see if a mantis sees the world as a human does, but I think the real reason is just because seeing a mantis with 3D glasses on its head is pretty cool.