This Scarf Thermometer Works, Gives You the Temperature

This scarf with a built-in thermometer seems kind of superfluous. I mean, you already know it’s cold outside. That’s why you are wearing the scarf in the first place. Still, it’s pretty cool that your scarf can tell you the exact temperature. 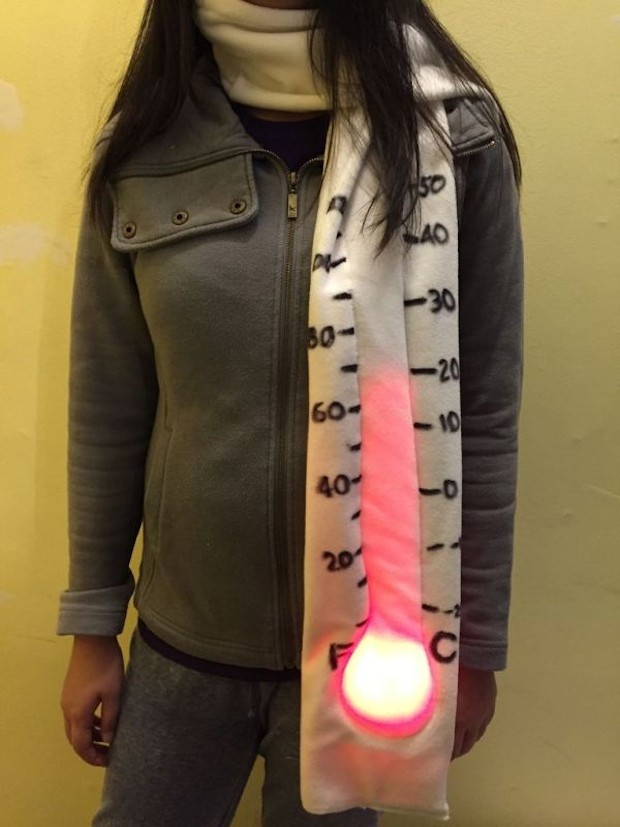 The thermometer scarf was made by Instructables member caitlinsdad. He wanted an accessory that was both fashionable and practical. He nailed it with this scarf, which measures and displays the current temperature while it keeps your neck warm. It features a temperature sensor and a strip of LEDs that glow incrementally via an Arduino controller.

It’s cool, but what I really need is a scarf that will go outside before I do and come back in and tell me the temperature. That way, I can just give up and go back to bed. It’s too darn cold this time of year.

[via Hack A Day via Neatorama]