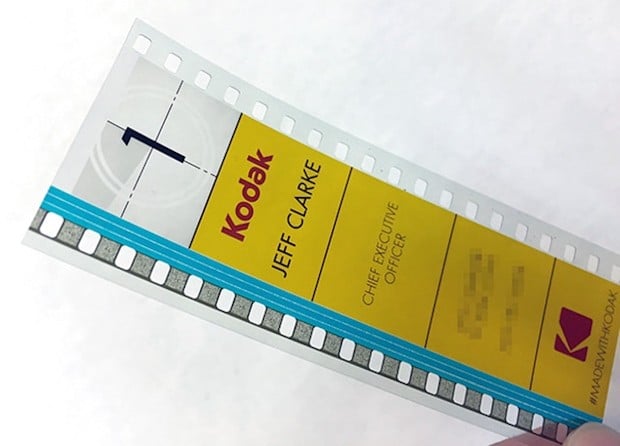 It makes perfect sense for the CEO of Kodak to have 35mm film business cards, but there was actually another reason. One of Kodak’s big announcements was a hybrid reboot of the Super 8 camera, which comes with a digital viewfinder to help frame shots, but the shots are captured on Super 8 Kodak film, making it the perfect blend of old school and new school. 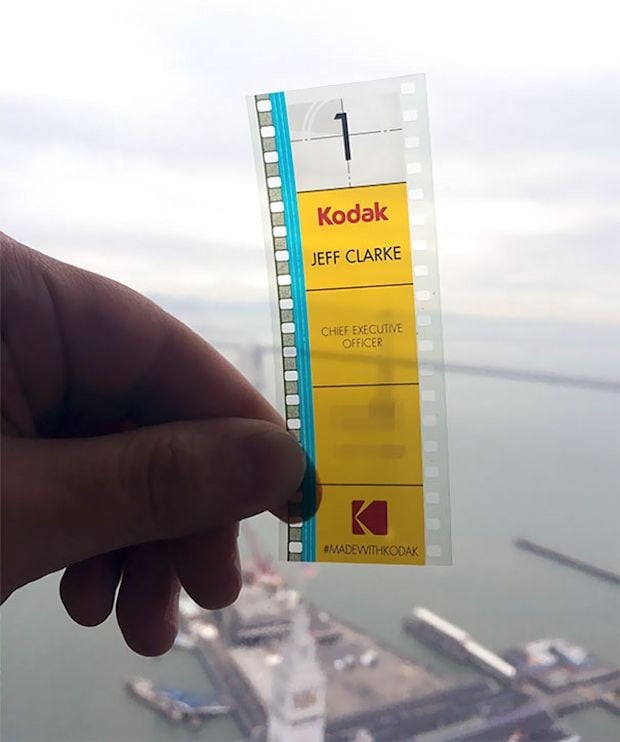 The camera is cool, but these business cards totally rock. 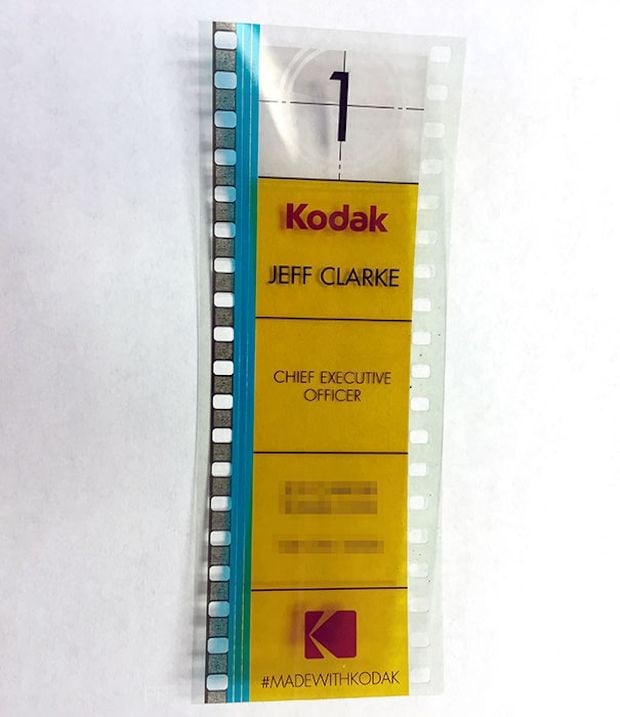 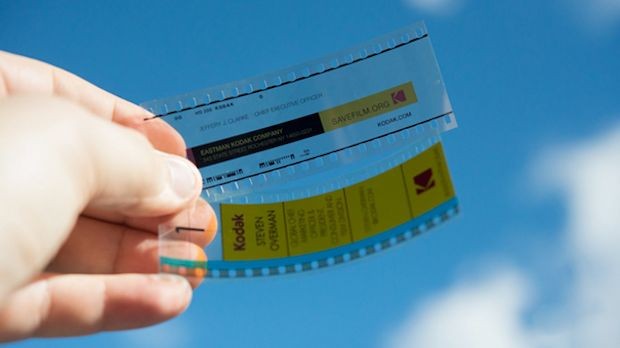 [via Petapixel via Bored Panda]