The BBC is Resurrecting Robot Wars

Remember Robot Wars? The show that pits robot against robot in a fight to the death? Well, the BBC are bringing back the series with more robots and more destruction. 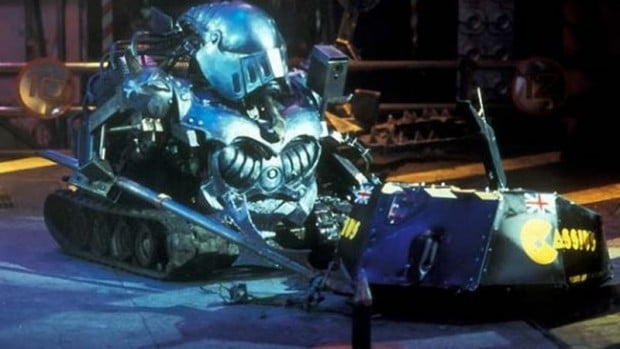 In case you don’t know, Robot Wars ran on the BBC between 1998 and 2003, and was hugely popular. Then came BattleBots which was a spinoff of the original idea for the United States version of Robot Wars, which itself had several spinoffs across the world. The new series will be filmed at a new custom built Robo-arena in Glasgow, Scotland. And just like the original, amateur robot builders will create and control their own robots and battle to become champion.

Since the technology has advanced quite a bit since the original show aired, this should be even more interesting. The show will be coming to BBC Two in the not too distant future, and hopefully we’ll be able to watch it here in the States somehow.

[via BBC via Gizmodo]