It’s hard to demonstrate or promote virtual reality experiences with our current devices and interfaces. The people who upload VR videos often resort to point-of-view footage, but as Northway Games’ Sarah Northway said, that perspective gives us a cropped and distorted view of the virtual world. So Sarah and her crew came up with a better way to stream and record a virtual reality game. 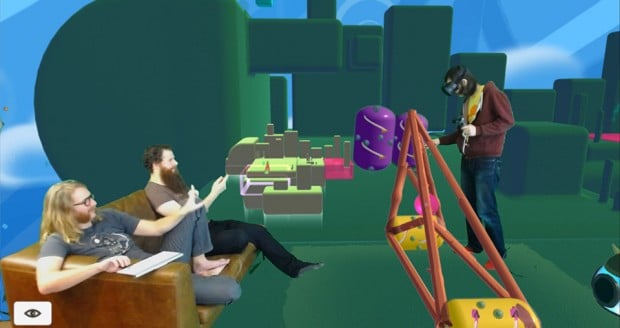 Unsurprisingly, Northway Games came up with the idea because they’re working on a virtual reality game, a building game called Fantastic Contraption. I don’t know if they’re the first ones to use the term “mixed reality” in this context, but that’s what they’re calling it so we’ll go with that. In a nutshell, mixed reality overlays the virtual reality world onto a physical space. The resulting double third-person view not only immerses the observer into the VR world but also gives you a great idea of the responsiveness, physics and scale of its interactive elements.

Neat right? Sarah says they do this by syncing a webcam with two third-person cameras within their game. One of the in-game cameras sees only foreground objects, while the other sees only background objects. They then layer those three feeds using the streaming software OBS. Green screens help make the in-game feeds clearer. 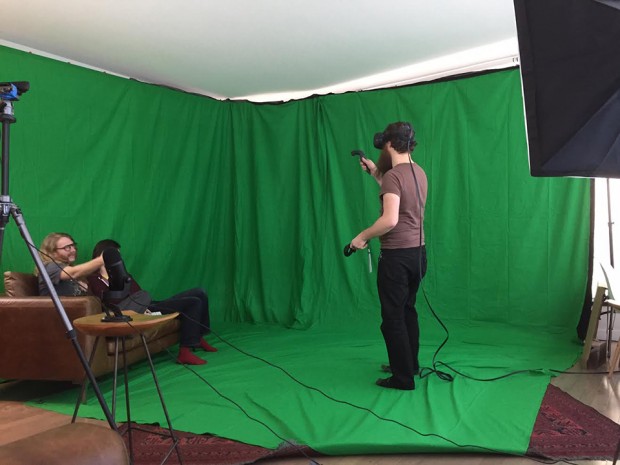 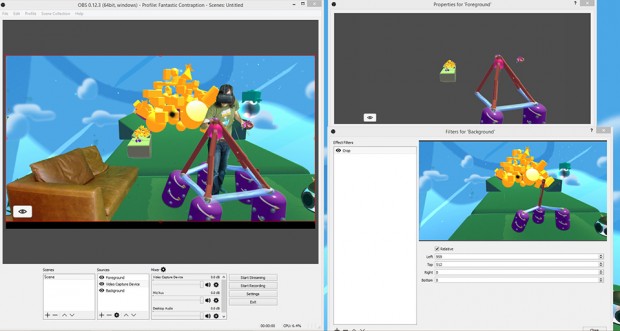 Obviously the best way to view a 3D experience is in 3D, and mixed reality’s point of view won’t work with all VR experiences. But it’s much better than a video that’s constantly panning and wobbling around. Check out Northway Games’ Twitch page for more of their streams.

[via Northway Games via Road to VR via GamesRadar]