Toshiba is showing off a robot that will be performing a task that no human can safely do themselves. Sometime next year, this big crane-like robot will be lowered into the cooling pool of Japan’s Fukushima reactor 3 building where radiation levels are too high for humans to go. 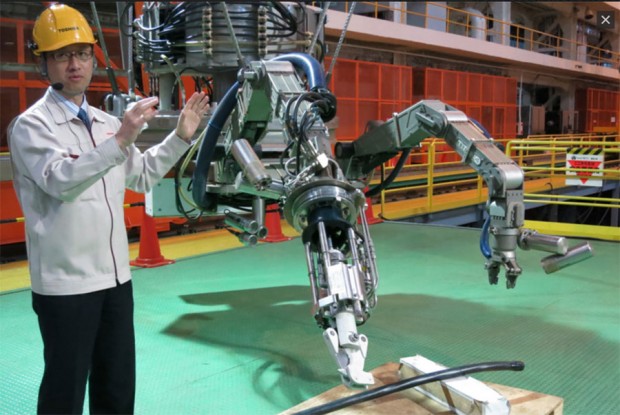 Once there the ‘bot will use its arms to pick up debris and remove fuel rods from the radioactive water inside the chamber. The robot has two arms designed to pick up and cut debris along with a third designed to grab fuel rod assemblies. The robot has multiple cameras to give operators different angles to view the work area with. It’s not clear now the radiated robot and the debris it collects will be disposed of after the job though.

The need to clean up Fukushima, and the fact that the area is too highly irradiated for humans to work has led to a big boom in robotic development to aid in this sort of situation.