Birds in the Buff with Weapons: Armed Avians

Look at these images. They are so weird. They are birds with human-like butts and toes with guns. It looks like some sort of deranged FPS lost its main characters. It’s almost like Howard the Duck decided to get some revenge for all those bad movie reviews. 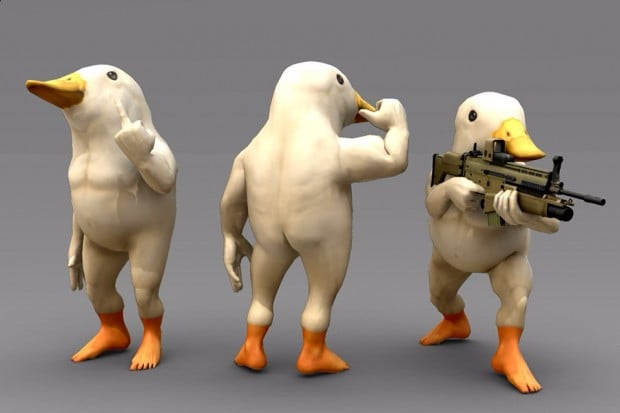 The guy behind these weird images is CG graphic designer Takio-chan. Apparently these are character models done while he was in vocational school. Whenever and wherever they were done, they are bizarre. 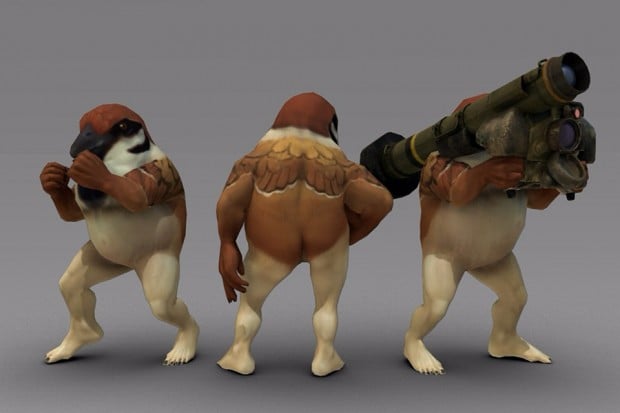 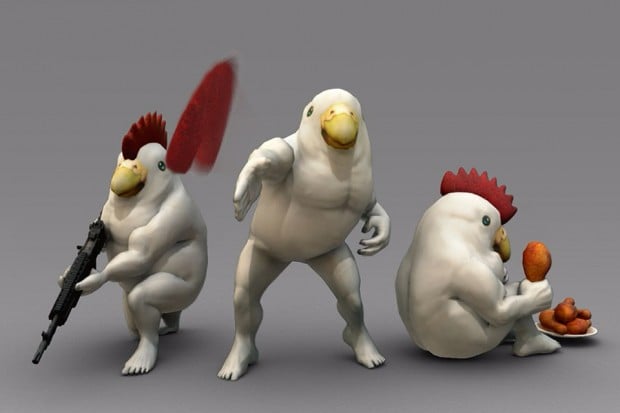 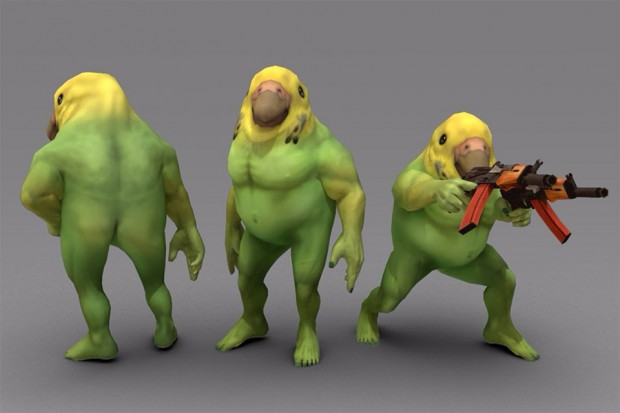 One of the chicken characters is even eating fried chicken. Cannibal! I like the green and yellow birds best myself. Birds with butts are so weird.