A couple of weeks ago we checked out a drone designed to carry a person across considerable distances. The Megacopter had a more modest goal, but it’s already accomplished it. 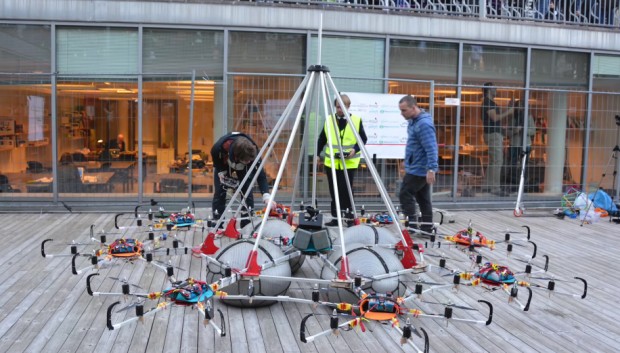 Built by Henning Pedersen and students from the University of Oslo, the Megacopter recently won the Guinness World Record title for “Heaviest payload lifted by a remote-controlled multicopter” by lifting 134lb and 7.6oz (excluding its weight). To be specific, Guinness defines “lifting” as being at least 1m (3.3ft) above the ground for at least 30s. Here’s the record-setting attempt:

As much as I’d like drones to deliver items and people, I wouldn’t want to live in a world where all I can hear is a high-pitched buzz.