Miniature Autonomous Blimp is No Airhead

Instructables employee DJ aka Aleator777 – the genius behind the Apple II and retro phone watches – recently promoted the Intel Edison by creating the Miniature Autonomous Blimp. This brainy balloon can stay afloat and avoid obstacles on its own. 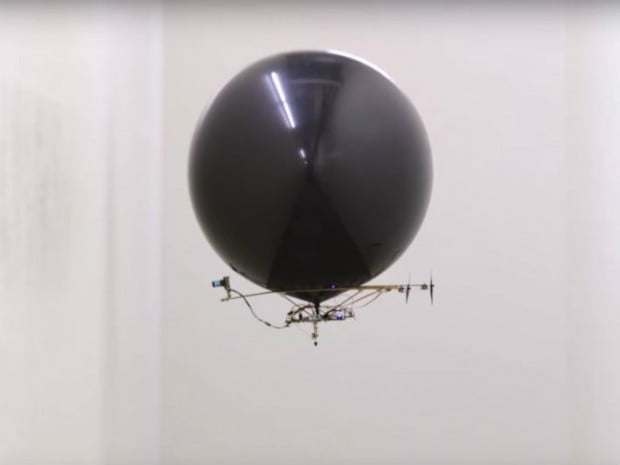 It may not look like much, but this blimp is a high tech toy. Aside from Intel’s dev board, it also has a LIDAR sensor, an IR sensor, a laser-cut wooden frame, carbon fiber tubes and 3D printed brackets. DJ wrote an Arduino sketch that tells the Edison to use data from the sensors to detect and avoid obstacles in front and below the blimp.

Float to DJ’s Instructables page for his full build guide.