We’ve seen small-scale magnetic levitation applied to toys and food. Hoshinchu’s Air Bonsai is another novel application of the technique, combining it with miniature plants, hand made porcelain and antique Japanese fabric to make beautiful decor. 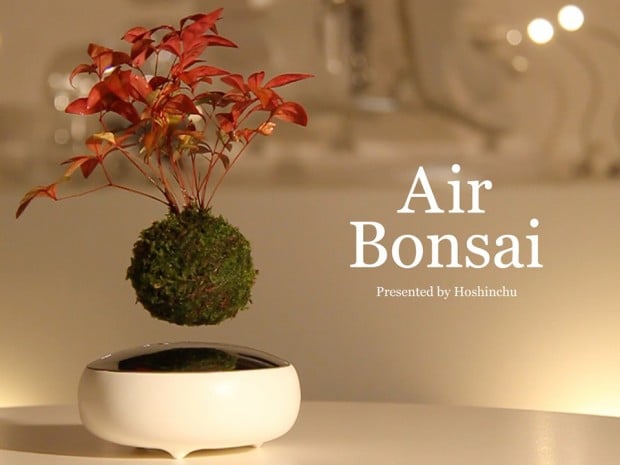 Air Bonsai’s floating portion is called the Little Star. It measures about 2.4″ in diameter and has a capacity of about 11oz. A sponge wrapped around its magnetic core holds bits of moss and soil as well as the plant itself. For an extra fee, you can get a small pot made of igneous rock instead of the Little Star. 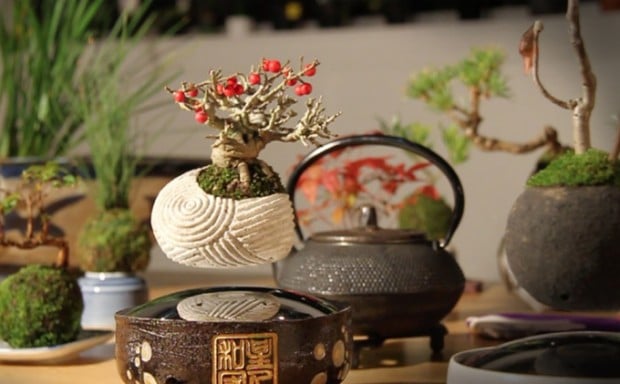 Like most maglev trinkets, Air Bonsai’s base has an electromagnet, but here it’s housed within a handmade and hand-brushed porcelain body that takes 3 months to make. Air Bonsai kits will also come with a cushion made from 19th to 20th century Japanese fabric, and no two cushions will be alike.

Pledge at least $200 (USD) on Kickstarter to receive an Air Bonsai kit as a reward. Higher pledge tiers come with a plant. However, as of this writing, Hoshinchu will ship only to Japan, the U.S. or Canada. Further, if you pledge for a kit that comes with a plant, know that the plants in the video and photos may differ significantly from the one you’ll receive. Because of export regulations, Hoshinchu can ship Japanese plants only within Japan; U.S. and Canadian orders will come with plants from their respective countries.