Remember that kid that solved a Rubik’s Cube in 5.25-seconds? He’s a sloth compared to the robot that Jay Flatland and his pal Paul Rose created. The motorized ‘bot has a 3D-printed frame, and is controlled by an Arduino and custom software running on a Linux PC. 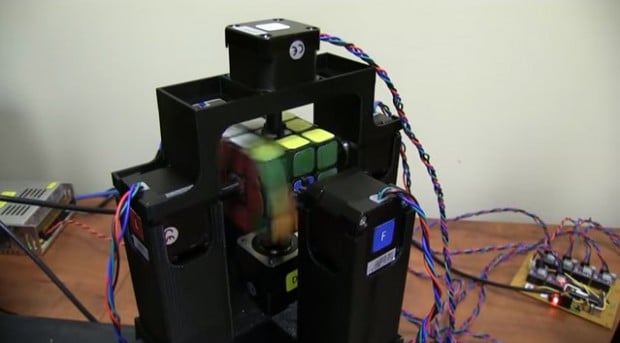 A quartet of webcams lets the software on the computer to see what state the cube is in. Then, fast-moving stepper motors whirl the cube around. The result is a robot that can solve a randomly mixed up cube in as little as 1.047 seconds.

Technically, I’ve never “officially” solved a Rubik’s Cube. I always resorted to pulling off the stickers so I didn’t feel quite so dumb.