Japan Has a Glorious Ninja Academy and Anyone Can Attend

Growing up, I rented the VHS tape of the b-flick American Ninja probably a million times. I wanted to be a Ninja pretty badly. My mom would never let me buy a sword or throwing stars, so my ninja dreams never came true. If you live in Japan, you can go to an actual Ninja Academy in the Nara Prefecture. 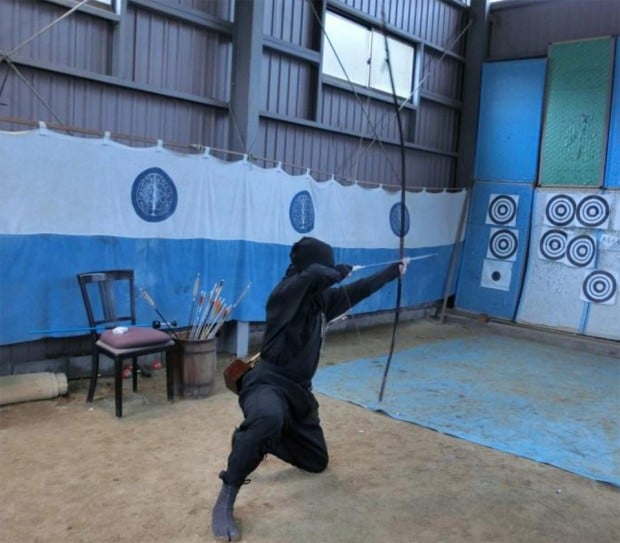 At the academy, they will teach you the art of throwing stars, using a sword, and all sorts of other stuff a ninja needs to know. The giant bow used in archery class looks really cool as well.

A one-day class costs 2000 yen (~$17 USD) and a two-day class costs 4000 yen (~$34 USD). The school takes on all students who want to participate, and even kids can come. The lawyers here in the U.S. would never let kids throw actual ninja stars.