Bitplay’s BANG! lamp adds a cool twist to remote control, but in my opinion its gimmick is not worth $400 (USD). If you have the tools, you might be better off copying Instructables member Austin aka austiwawa. He made the same silly lamp using an Arduino Uno and other commonly available components. 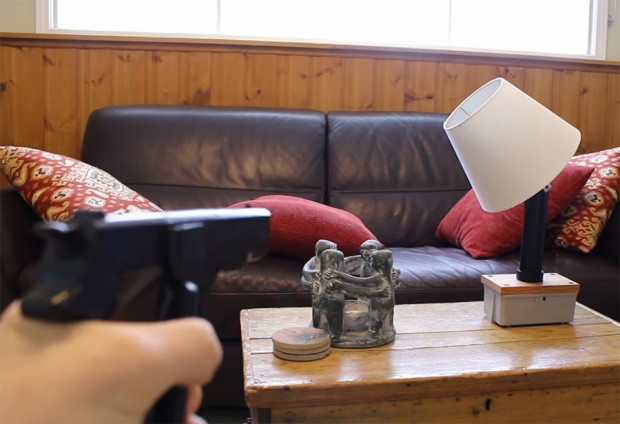 Like BANG!, Austin’s lamp also tips its lampshade over when it’s turned off and moves it back upright when turned on. The only setback of this DIY version is that its gun is ugly. Austin originally intended to integrate the infrared remote into the trigger of a toy gun, but he ended up gluing the whole remote to the gun. It’s far from the best solution, but the star here is the lamp anyway.

Head to Austin’s Instructables page for his full guide.