Cakes are so much cooler now than when I was a kid. Take, for instance, this cake that doesn’t just depict our favorite video game, but actually plays out the first level. 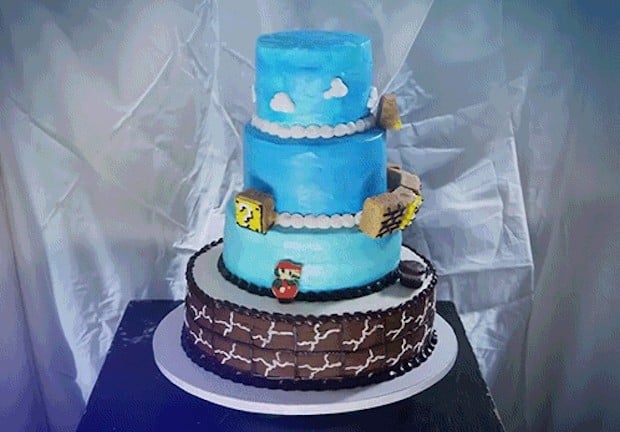 This video is from filmmaker Aron Mani and pastry chef Jami Behrends. It is titled “Super Bakery Bros.,” and is a stop-motion animated video of World 1-1 from the classic Super Mario Bros. video game recreated on a spinning cake. How awesome is that?

The second video is behind-the-scenes footage of how they brought this amazing level to life.

Every cake should be a video game. Every video game should be a cake. I think Aron has just changed the world with this masterpiece! Now I want to pump quarters into a cake and play.

[via Laughing Squid via Sploid]