What if I told you that you could have a fully functional BB-8 droid for just $120(USD)? 17-year-old Angelo Casimiro wanted a BB-8 droid, but the diminutive $140 Sphero version just wasn’t enough. So he invested his time and hard-earned cash to make his own. However, Angelo’s is a full-scale, functional robot. 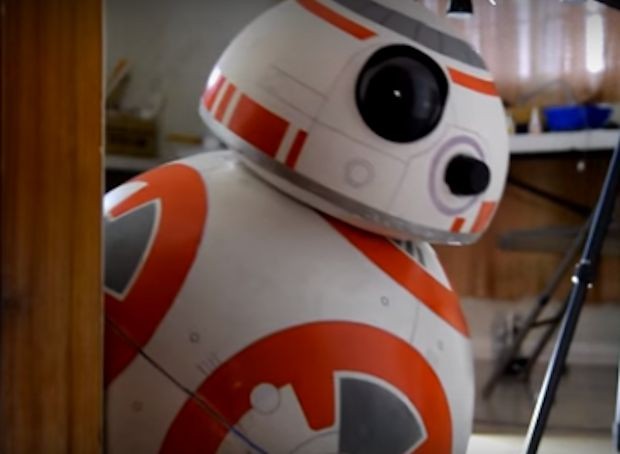 To build the droid he used a paper mache-soaked beach ball, and a domed styrofoam head that’s held in place with a set of speaker magnets. The robot’s brains are an Arduino Uno microcontroller board. Along with other boards, the arduino controls a set of wheels inside the body to move the droid around. The whole thing is then controlled via an iPhone app designed to control RC cars via Bluetooth.

The finished droid is awesome. You can check out the detailed instructional video below to learn how to build one yourself. There’s a tutorial on Instructables as well.

Pretty soon everyone is going to have a rolling droid friend walking around with them.

[via The Verge via Nerd Approved]