Popular toys-to-life games such as Skylanders and the Amiibo platform mainly use the physical figures as save files or keys, and most of the interaction is present in the video game half. But Sensible Object used a classic party game genre to turn the tables. 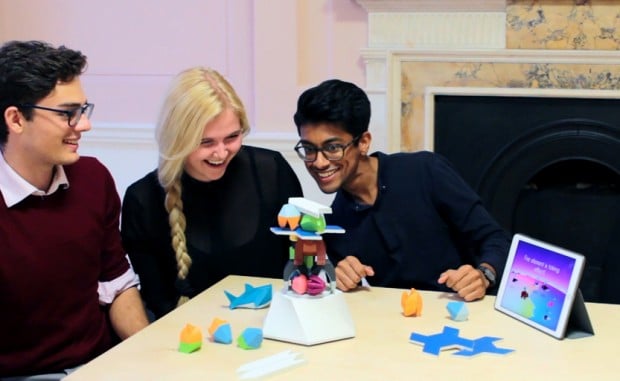 Sensible Object’s game Fabulous Beasts plays like a tower stacking game, with the main pieces resembling animals: a shark, a bear, an octopus etc. But like many toys-to-life games, you need to scan the animal pieces on a base, after which they’ll appear on the game’s virtual world, which is an iOS and Android app. The animals’ virtual counterparts are each accompanied by a rating called Fabulousness. Your goal is to come up with a world that has a high Fabulousness total. 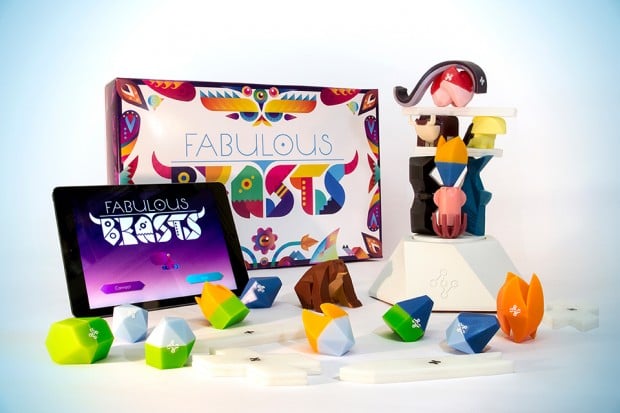 What makes the game complex and have lots of replay value are the other stackable pieces. For example, there are cross-shaped pieces that will breed two animals together, creating a hybrid animal in the virtual world that has a higher Fabulousness than either of its parent animals. 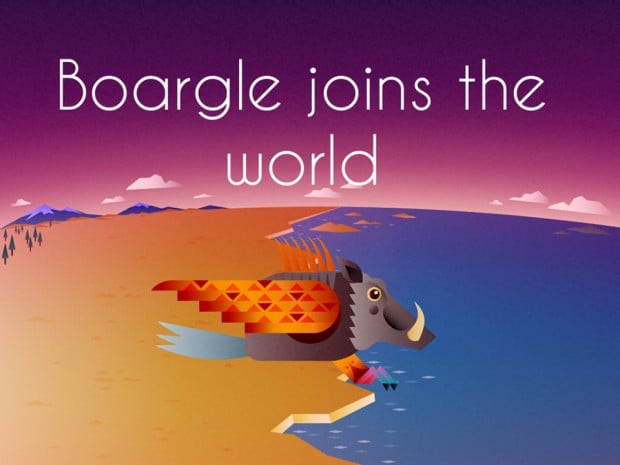 But while they make it easier to rack up points, these modifier pieces have unusual shapes that threaten to crash your physical tower, which would end your virtual world. The pieces with the highest risk-to-reward ratio are called miracles. They temporarily double your world’s Fabulousness score, but aside from their unusual shapes, they require you to do something else as long as they’re active. For example, you might have to play a mini-game on the app. 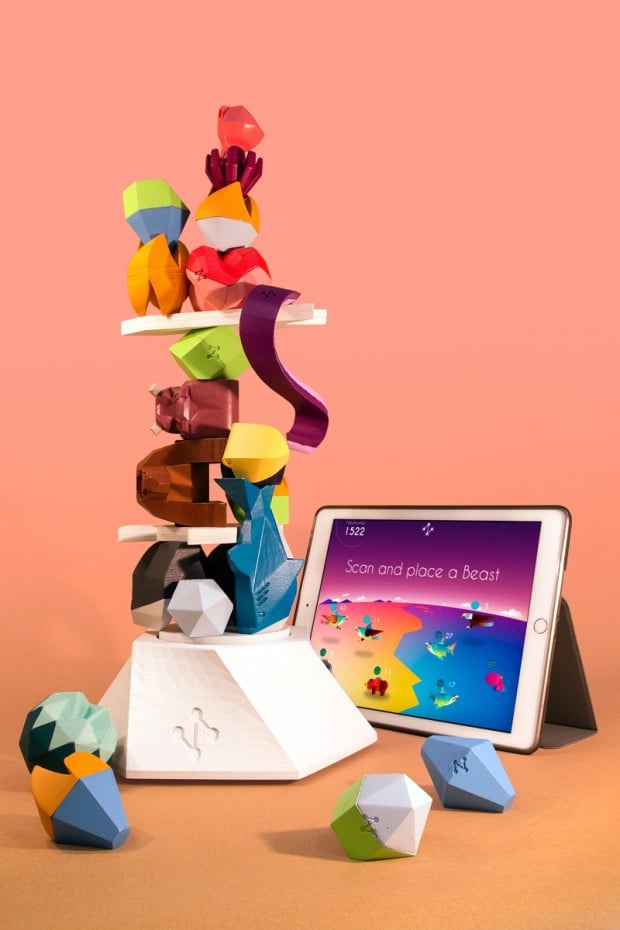 The result is a physical game that’s tense on its own but is kept refreshing and mysterious by its virtual element.

Pledge at least ~$85 (USD) on Kickstarter to receive a Fabulous Beasts set as a reward.