Otto the Robot Draws on Walls

Jurg Lehni has created a wall-mounted robotic drawing tool named Otto. This robot can draw and color vector shapes that have been entered into a computer. 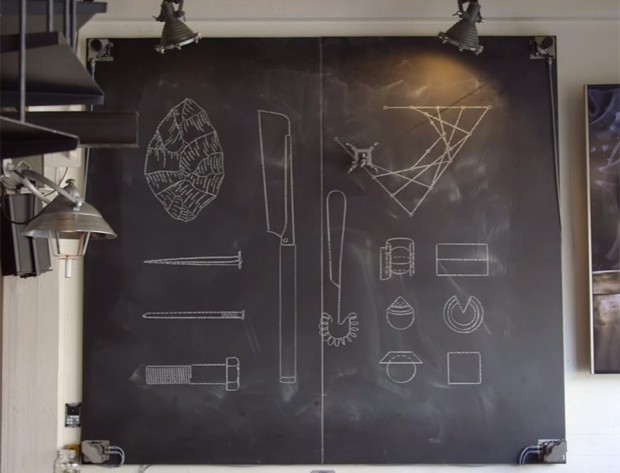 Otto is just a fun robot that people can admire in action as it draws on the wall. It moves around on a cable system while holding a piece of chalk to draw on a chalkboard.

Jurg is interested in communicating the openness of technology. The machines he builds are usually transparent, with no coverings, its circuit boards and wires exposed for all to see. You can see how it is built and how it works as it does its thing.

If you want to see the robot in person, Otto is on display at The Interval Bar and Café at The Long Now Foundation in San Francisco.