Softbank is about to open a smartphone store in Japan that’s fully staffed with its Pepper robots. These humanoid robots will take care of customers and assist them just like their human equivalents.

The Pepper robots will be able to sign up contracts and create data plans. Maybe even let you leave the store alive rather than enslaved – except to a 2-year contract. 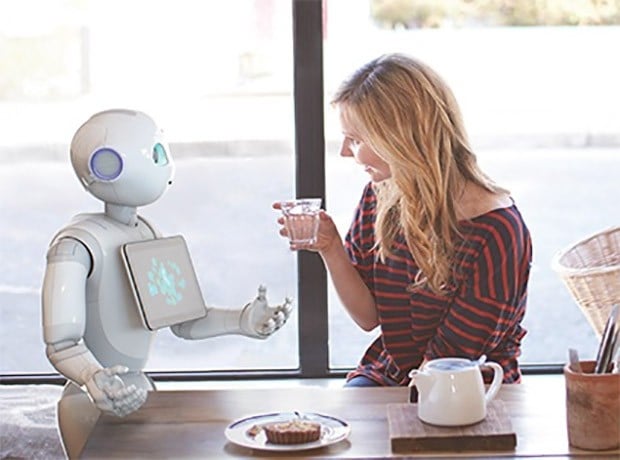 Apparently, the robots will even have their own hierarchy, which is creepy. Some robots will fill the roles of managers, others specialists, and others “time killers”, whatever that means. Maybe if you don’t purchase something in a timely manner, they kill you. Nah. But keep an eye on them anyway. You never can tell.

The Pepper robot store will open on March 28 and be operational for a limited time. It’s an experiment that will be interesting. That’s for sure.

[via Engadget via Phone Arena]