The Shitty Robots subreddit is filled with hilarious reminders that robots have a long way to go before they rule our fleshy butts (and could be one of the reasons why they will overthrow us). This poor fellow that’s currently at the top of the subreddit is a special nugget because he’s OC. 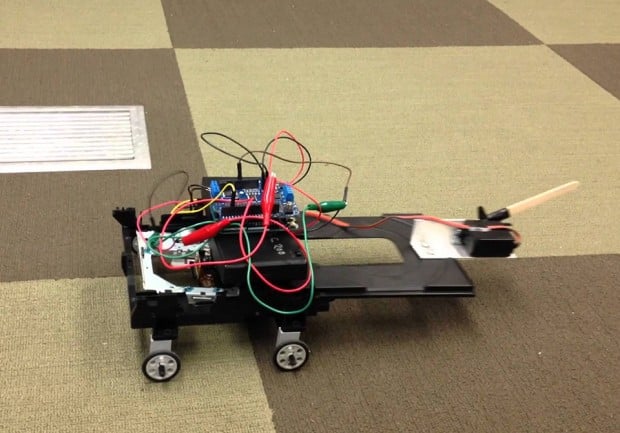 Redditor gjjones125 proudly shared this miserable creature to the robot-bashing forum. It’s made of a DVD drive, an Arduino Uno and an Adafruit motor shield. All it does is crawl forward. It pops out its tray, then lowers its popsicle stick leg to drag the rest of its body forward as the tray closes.