There are many model airplanes out there that can perform cool tricks, but the Super Circle Plane model airplane is different. It is an airplane with a large circle above the wings, which is the perfect target for other planes to fly through. 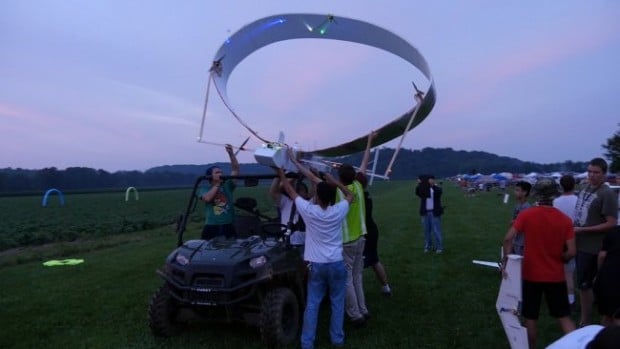 Model airplane designer Peter Sripol from Flite Test created this unique aircraft for Flite Fest 2015. Check out the video of this craft flying over a field of RC aircraft enthusiasts. Many of them took advantage of the plane’s presence, using it as a target for their own craft to fly through. The video starts off with a few failed efforts, but around 6:45, it gets to the good stuff:

It’s amazing to me that this plane flies so well with that design, but it does – even after being hit by another plane. At least it does for a time. At the end of the video it does crash spectacularly. Still, it’s awesome to see all of the other planes flying through it.