In 2014, fashion designer Anouk Wipprecht made a robotic spider dress that can brandish its spiky appendages when something comes too close to the wearer. Anouk’s new wearable wings have a similar feature. Since they’re made with LEGO, they’re easier to build than the arachnid-inspired armor. 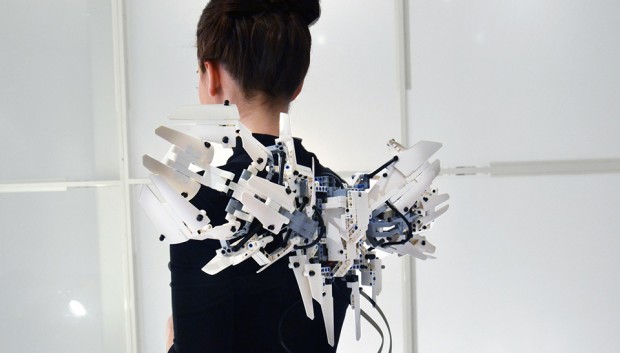 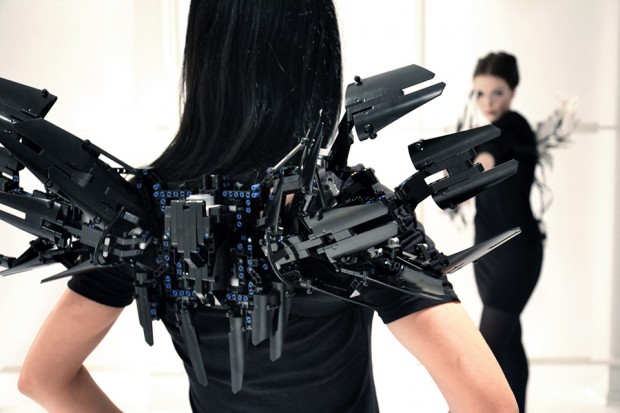 The wings are mainly made of Mindstorms EV3 and Technic parts. If you want to make them react to an object approaching their wearer, you’ll need the Mindstorms infrared sensor or ultrasonic sensor. Alternatively you can activate the wings manually using the EV3 Brick.

Sweet. I’d love to see that with a mecha costume. Head to Anouk’s Instructables page for her full guide.