The latest innovation in snowball fights comes from scientist and hacker Mark Rober, who, has taken the sport to the next level with his snowball machine gun. Basically what he has done is instilled fear into bundled up children everywhere, by outfitting an Echo Leaf Blower into a dominating weapon that wins any snowball fight. 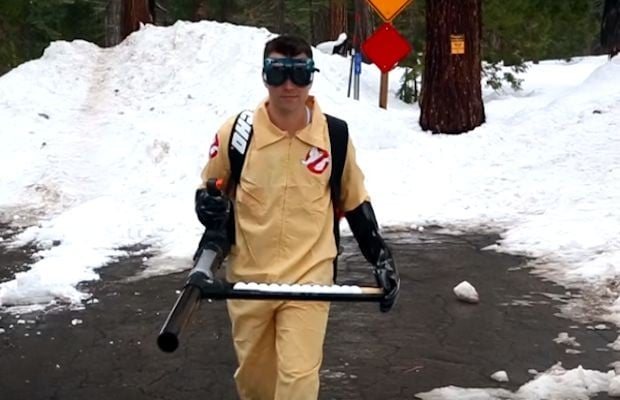 Rober added a 15-snowball ‘magazine’ to the leaf blower, an open tube that’s controlled by a plunger. Just push the plunger to empty the magazine faster. When you’re out, just reload and hit more kids as they run away.

This is the most genius snowball flinging invention ever. Check out the video to see it in action. It is most impressive. Check out the build instructions here if you want to try and build your own snowball machine gun.