Redditor HaHaBird bought several Mac Classic shells at a surplus shop a decade ago. He never figured out what to do with them until recently, when he converted one into a trash bin. 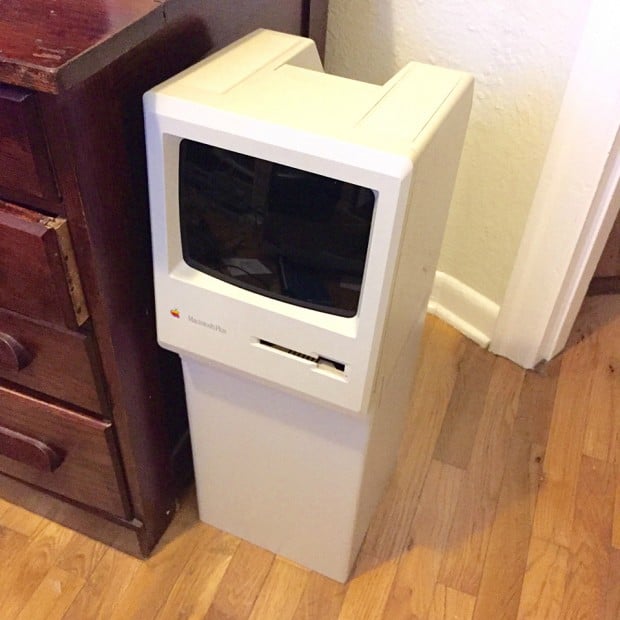 The bin’s main feature is its screen, which swings inward like the door on a normal trash bin. But that’s not the computer’s original screen. HaHaBird heated a flat acrylic panel to soften it so it would conform to the Classic’s frame, and then attached hinges on the upper edge of the panel and the frame. So now if you throw money at the screen it will actually take it.