Back in December, inventor Colin Furze built a motorized drift trike that was able to go about 50 MPH. So how do you follow up a cool build like that? You add a pulse jet of course. 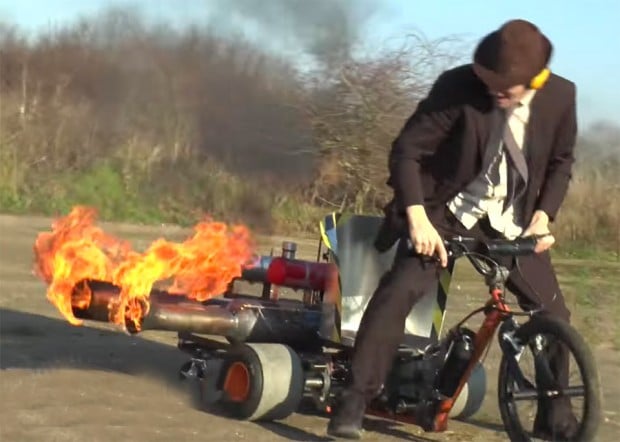 Being the madman he is, Furze did just that. He added a fiery jet engine, and you can watch him zipping around on this beast until the system catches fire. He actually catches fire a couple of times, but otherwise this is a fun ride that is nothing but drift.

He’s lucky it didn’t blow up. I mean, the fuel tank is right next to those burning pipes. This guy is crazy in the best way. And since we can’t all build these cool things, we can at least live vicariously through Colin.