You may have heard of Richard Clarkson and his beautiful but absurdly expensive Cloud lamps. If you’re willing to settle for a more modest design, you can save thousands of dollars by making your own cloud lamp using Eclectical Engineering’s guide. 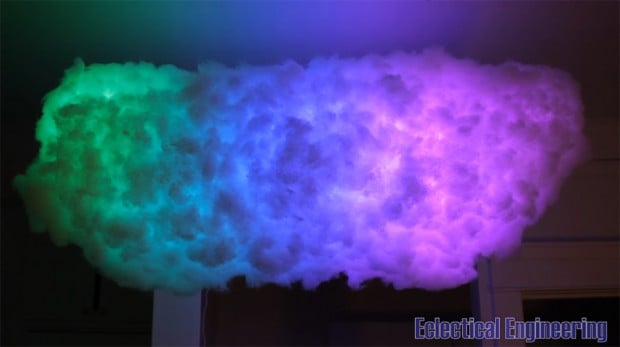 Eclectical Engineering’s lamp is based on an Arduino Uno and Adafruit’s NeoPixel strips. Its fluffy body is simply made of spherical paper lanterns that have been covered with polyester fiber. But what it lacks in looks, it makes up for in function. You can program the LEDs to mimic various patterns, such as flags, the Aurora Borealis and Fart from Rick & Morty.

Goodbye Moonmen… float to Eclectical Engineering’s website for their guide.