This awesome custom game room sums up my childhood pretty well. I played a ton of NES game, and in my mind, this was what the room looked like. Over a period of just two weeks, imgur user tylerfulltilt hand-built this amazing NES-themed entertainment center. It is the best! 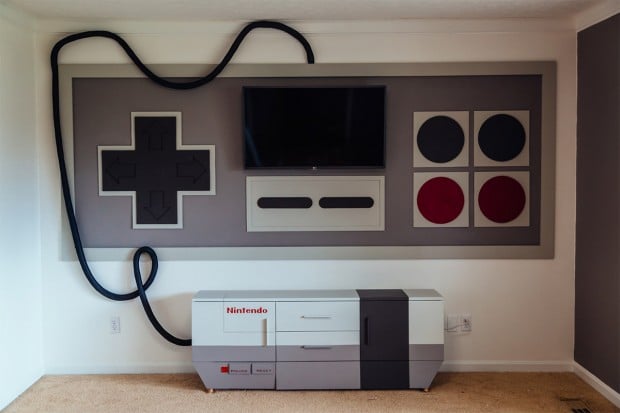 The room has a giant NES console and a controller on the wall, which features the TV in the center. To pull it off, he used some plywood and clever paintwork, and for the NES console he modified this lowboard from Overstock. The end result is super impressive. Give it a bigger TV and I would be over there everyday playing games with Tyler until he kicked me out.

Check out the full build log over on imgur.