Not satisfied with taking all of our other jobs, robots now want to put pro golfers out of business. Watch this derpy robot’s face as the crowd cheers. I can’t tell if it’s satisfied or just a bit touched in its robot head. 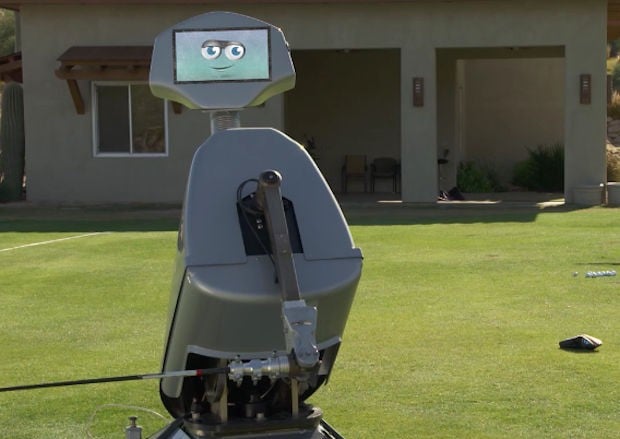 This robot is called LDRIC (Launch Directional Robot Intelligent Circuitry). It was created by Golf Laboratories. Now it has successfully made a hole-in-one on the 16th hole at the Waste Management Phoenix Open in Scottsdale, Arizona during the PGA tour.

Waste Management Phoenix Open? I don’t know anything about Golf, but it seems like a bunch of Waste Management golfers should know what to do with a robot that starts showing them up at their own game. I think they can make it disappear without too much trouble. Like in a trash compactor.

[via Quartz via Laughing Squid]