Linespace Display System for the Blind: A Different Touchscreen

Researchers at the Hasso-Plattner-Institut have come up with a way for visually impaired people to interact with images, similarly to how we use touchscreen devices. Their Linespace computer display uses 3D printing components to draw raised lines and shapes. 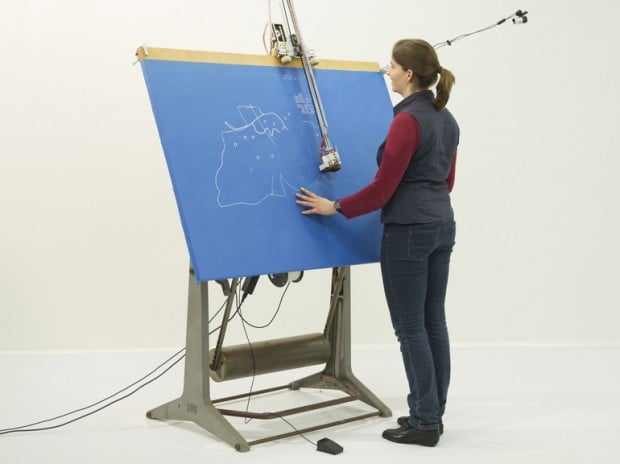 Linespace printhead has a PLA extruder for drawing and a scraper for erasing. It also has an overhead camera that can track the user’s hand or photograph what’s on the drawing board. 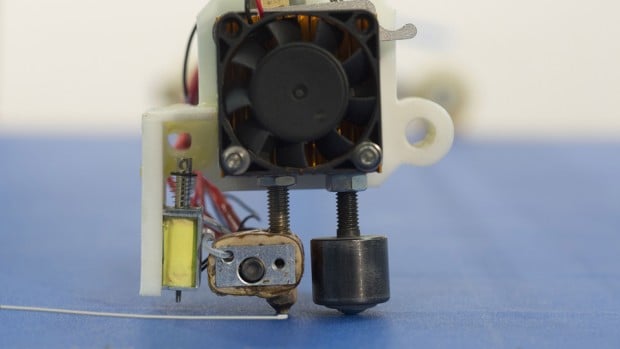 Users interact with the computer via voice commands, gestures or by stepping on a pedal. The researchers have developed several demo applications for the display, including a spreadsheet reader and a game. The application shown below is called Homefinder; it shows apartments for rent in a requested area.

Linespace has been met with positive responses in HPI’s tests, particularly for its large drawing area. Its inventors are considering turning it into a commercial product, estimating that it will cost less than $1000 (USD). Check out New Scientist’s article on Linespace for more info.