NASA Curiosity 360º Video Wants to Take you to Mars

The Curiosity Rover is still up there right now cruising around the surface of Mars doing its sciency stuff. It’s picking up dirt, checking it for microbes or water, and taking some really cool selfies. The latest video that NASA has offered up from the Red Planet is one that Curiosity shot. 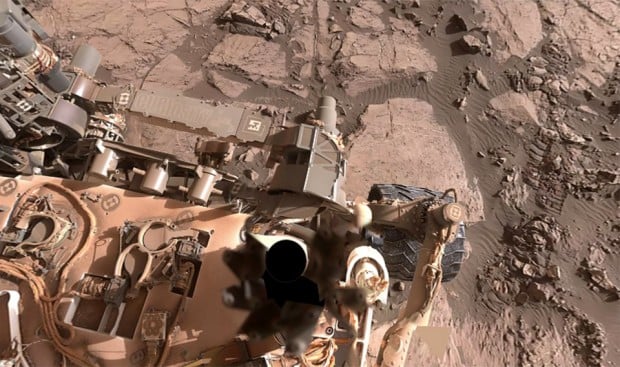 It’s not actually a video because the Mastcam video camera can do 720p at only 10 fps and that sucks. Instead, this is a stitched together 360-degree image made from individual still images taken by the second camera in the Mastcam.

Since it’s a surround video, you can explore it on your PC in all directions. The best way to enjoy is by using your phone in a Google Cardboard viewer and spinning in circles checking out the Red Planet.