If you haven’t seen Immersion yet, it’s a new series by Rooster Teeth. The idea is that they recreate elements of popular video games in real life. It’s pretty awesome. The latest episode has members of the team bringing the classic arcade video game Space Invaders to life. 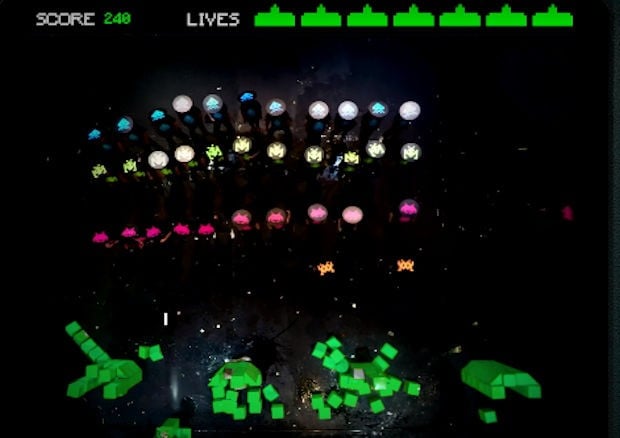 They did an amazing job too. They had a number of people dress up as the Space Invaders and march in unison, tossing paint balloons, while on the other end, some guys are moving back and forth and attempting to shoot them down with NERF darts. All I can say is, after watching this I NEVER want to encounter that UFO again. Put some clothes on!

This is a fun video. fans of the game will want to check it out.