Right now, it seems like everything is about Star Wars, but let’s not forget about that other awesome classic sci-fi franchise, Star Trek. 2016 marks the 50th anniversary of the series, and to celebrate, Spin Master has unveiled a quadcopter version of the USS Enterprise and it looks amazing. 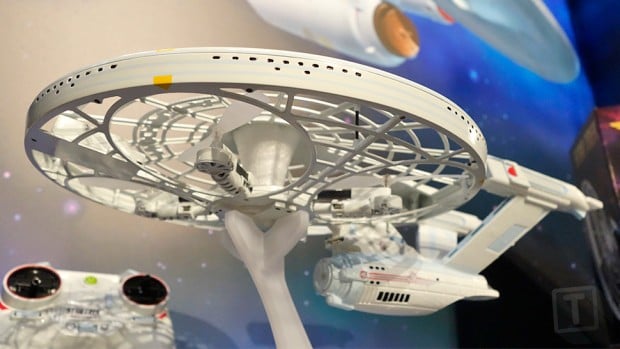 This nicely detailed replica looks just like the Enterprise. It has the saucer, the nacelles, even working lighting and ten authentic sound effects. The four spinning rotors that keep it in the air are inside the saucer section. Kirk would be proud to fly this ship, although it does not have a self destruct mode for emergencies. 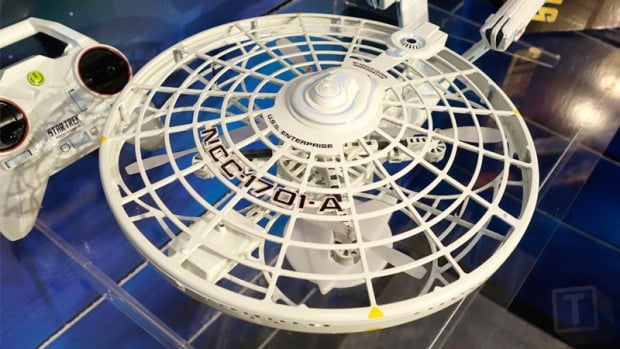 It will be arriving later this year for about $120(USD). And even though it can’t hit warp speeds, a trigger on the controller activates a warp speed mode with sound effects. All in all it is every Trek nerd’s dream. 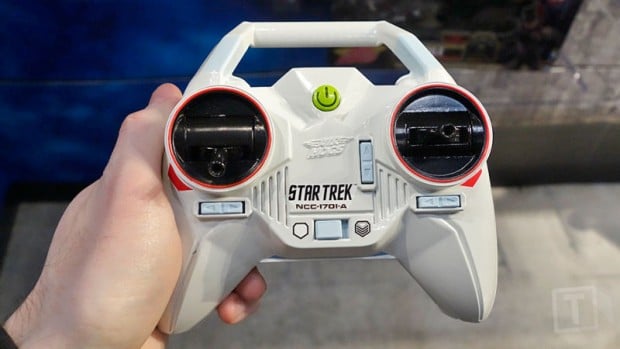