Ryan Reynolds is a funny guy, and he was born to play Wade Wilson both before and after being turned into an avocado’s anus. I saw the movie this weekend and it was so awesome – easily my favorite superhero film even though Deadpool really isn’t a hero. 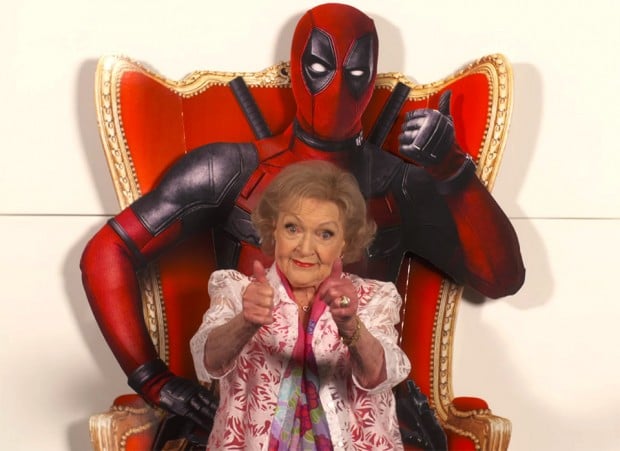 Betty White liked it too. In fact, she gave a review of the film and granted it four Golden Girls. Mostly she seems to like Reynolds in his tight red suit. The review is short, sweet, and has zero spoilers, so check it out:

I’m not going to give the movie away, but you should see it. You might not want to take young kids to see it, it’s raunchily glorious. Hear what White had to say in the video above.