The New Predator Movie Needs to GET TO THA THEATA

My favorite Arnie flick from the ’80s was easily Predator. The later films in the franchise really sucked, but that original was a fantastic movie that gave us iconic characters and one-liners like “GET TO DA CHOPPA!” Sadly, I didn’t buy Adrien Brody at all in Predators, the entire movie left me disappointed. 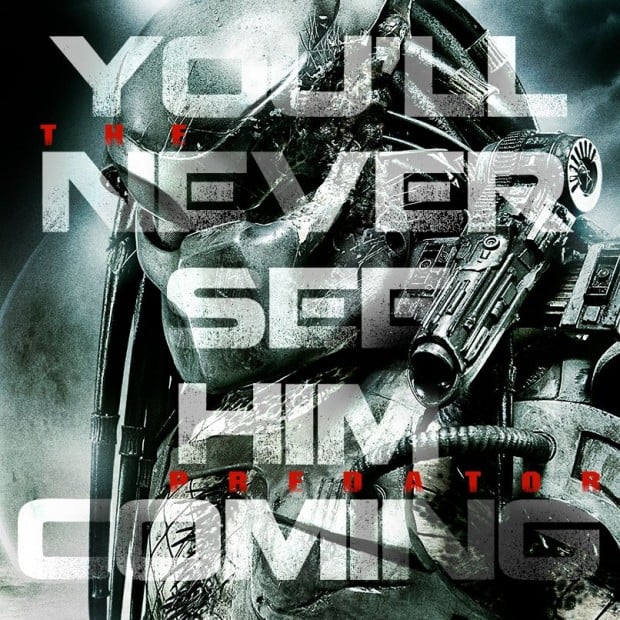 It looks like another Predator film is in the works with reports indicating that a new script has been handed in and a teaser image turning up on Facebook. The image shows an old-school looking predator with his shoulder cannon thingy and a tagline “You’ll Never See Him Coming.”

The script is reportedly being written by Shane Black and Fred Dekker. Black was a supporting actor in the original Predator and worked on the script. He also wrote Lethal Weapon and The Last Boy Scout, both ’80s flicks that I loved growing up. Dekker wrote some cheesy ’80s horror flicks, and also wrote episodes of Tales from the Crypt.