Is it a car? Is it a plane? It’s the RC Flying car! It’s 2016 and we should have flying cars all over the skies by now. Since we don’t we will have to settle for this weird remote controlled flying car, called the Protocol Terracopter. It both races over ground and flies in the air. 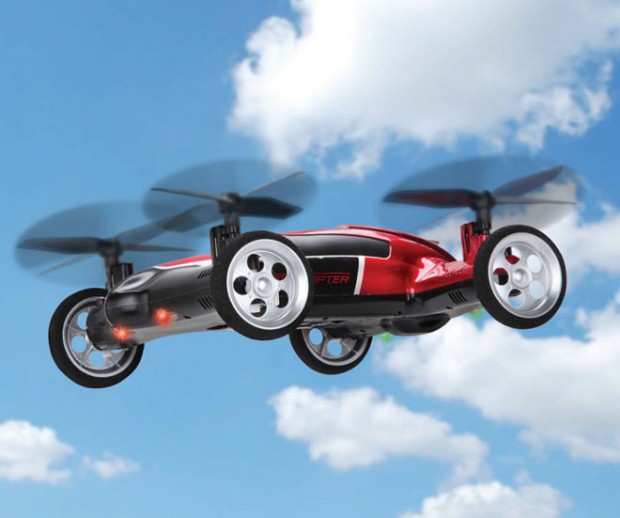 You can select between two ground and air speeds, and on the ground it reaches 67 mph scale speed. In the air, it is capable of 360° movement that includes spins, loops, and rolls. It also has six-axis motion-sensitive gyrostabilizers that provide optimal flight performance. Race it on the ground, then take to the air. It’s the best of both worlds. And now you have a flying car at last. Now why can’t they just make a bigger version we can ride in? 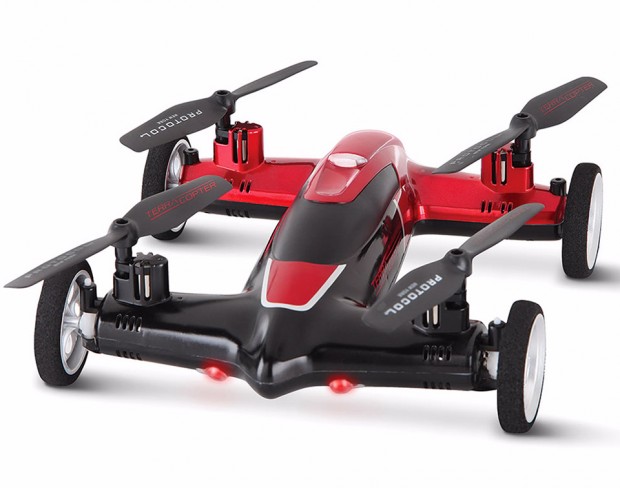 The Protocol Terracopter is only $99.95 from Hammacher-Schlemmer – though you can also find it on sale from Amazon for a bit less.